Former Gers star’s nephew heading to SPFL, might be seen at Ibrox 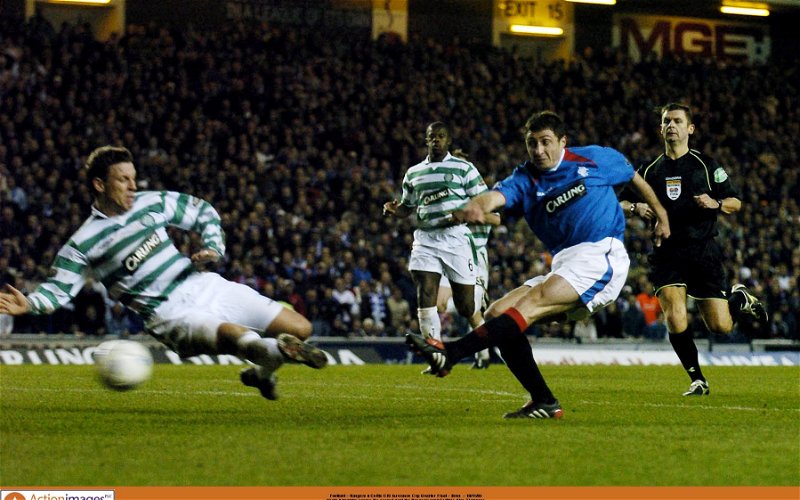 Rangers have been linked with a few strikers recently, each with different skill sets and qualities, the way that Giovanni van Bronckhorst sets up his team suggests that flexibility could well be one of the main attributes that we are looking for.

If I could pick a template for the type of player I think we need, within reason, it would be Shota Arveladze.

The legend of Georgian football was more than quick enough, had great feet, could score every type of goal and could play any position along a front three or in support of a central striker, if anything, it was this versatility that stopped him from scoring even more goals for Rangers, that, and having to compete with the 40 other forwards at the club under Dick Advocaat.

Now though, we could be about to see one of his relatives coming to the Scottish Premiership, however, it is unlikely to be Rangers despite Vato Arveladze’s status as an international footballer, he may be a striker like his uncle, however, he doesn’t have quite the same celebrated career – eight goals and 11 assists at Locomotive Tbisili his most productive spell to date.

According to sources in Georgia, Shota Arveladze’s nephew Vato will most likely sign for a team in the @spfl 🏴󠁧󠁢󠁳󠁣󠁴󠁿

Formerly of @Korona_Kielce 🇵🇱 Vato spent the last couple of season at @karagumruk_sk 🇹🇷 barely even featuring for the side. pic.twitter.com/M4y6kHFMTq

Our own striker search might not see the name “Arveladze” on the back of shirts once more but he is exactly what we should be looking for, we’ll just have to look that little bit further than his own family members.