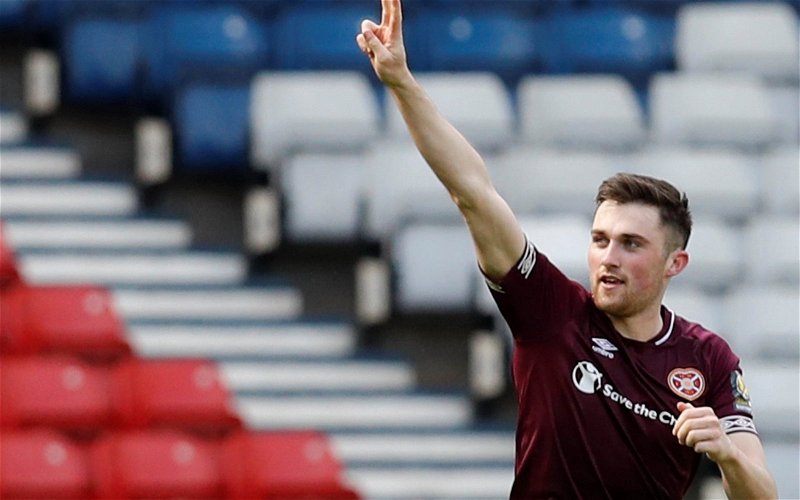 It has been reported late tonight that Rangers are leading the race to sign John Souttar from Hearts.

With competition from Blackburn Rovers and Sheffield United, there are other interested parties who could offer very good contracts to the Scotland international, but reliable journalist Chris Jack has stated that Rangers are in pole position to get their man.

Writing for the Glasgow Times, he stated:

“Rangers look to have won the race to sign John Souttar after fending off interest from the Championship to edge closer to clinching a Bosman deal for the Scotland defender.”

“Boss Giovanni van Bronckhorst has targeted Souttar as one of his priority signings this month amid doubts over the long-term futures of Connor Goldson and Leon Balogun and Nikola Katic’s likely exit summer from Ibrox.”

With a deal only to be agreed with the player, a pre-contract agreement will be in place very soon but there is also the real possibility of Hearts taking a fee this month to secure an early move for Souttar.

That settling in period, that has worked well for other players in recent years, ahead of a first full season would also be a significant boost for the title charge, given the shortcomings in central defence in the early part of the season.

John Souttar is more than capable of contributing at Ibrox, but the challenge ahead for him would be to stake a claim as a regular first team player. Given that he has been targeted as one of GvB’s first signings, it shows that the management believe he is up to the task.