“Could be over soon” – Gerrard stalwart tipped for exit 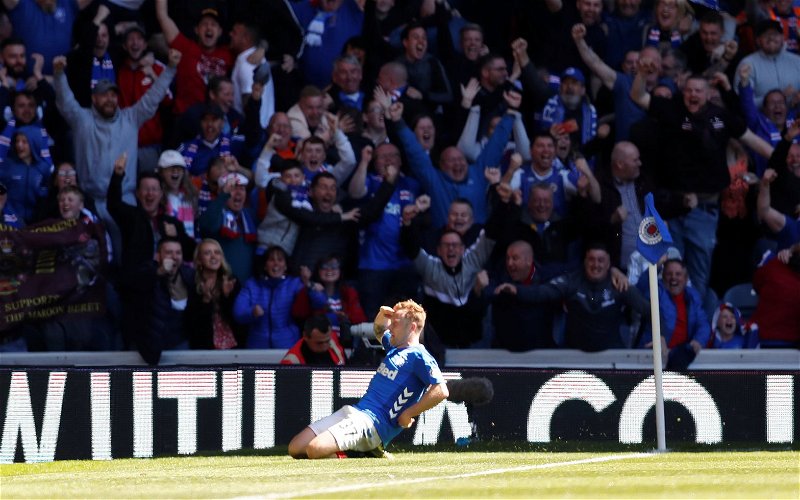 Steven Gerrard made sure that in his first summer, he signed players who he knew that he could trust and ones who had experienced playing at the highest level.

One of those players was Scott Arfield, who arrived on a free transfer and was an immediate upgrade, his versatility proving to be key in winning Old Firm derbies and last season on the road to the Scottish Premiership title.

This year though, he has seen his playing time dramatically reduced, just 22 minutes in the league so far, and with him about to turn 33-years old and in the last year of his contract, former Premier League striker, Kevin Campbell, believes that his time at his beloved Ibrox could soon be up, as told to Football Insider:

“One thing I know about football, however, is that things can change very quickly.

“A couple of injuries could change everything. There’s Christmas time coming up, breaks, and all sorts coming up – he could come back into the picture.

“He’ll be professional, and whatever happens at the end of the season, happens.

“Who knows what could happen until then? Rangers have got a title to win, and if there are injuries then he could play a part in that.”

Campbell is right, a similar thing happened last season when Arfield came back into the side and started scoring goals, making him undroppable. He offers something different to most midfielders we have in that he is willing to run beyond the front three from a deeper position.

With Juninho Bacuna starting to settle in and John Lundstram making the number six position his own, Arfield has found himself even further down the pecking order, he will though, as Campbell says, remain the consulate professional and an experienced shoulder for the younger members to lean on.

If this is his last season at Rangers, a record of a goal or assist every three games as well as some memorable Old Firm performances makes him one of Gerrard’s best signings, it’s just a shame he wasn’t a few years younger when he arrived.