The homegrown dilemma facing Rangers with quality, not quantity pointing to trophy success 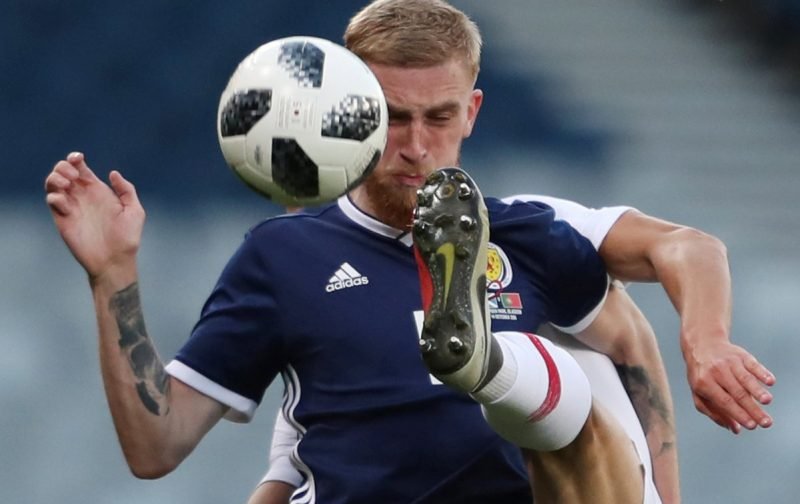 Scotland have qualified for a major tournament for the first time in 22 years and similar to the squad that went to France in 1998, there could be just one Rangers player on the plane to, well, Hampden.

For Gordon Durie read Ryan Jack, that the national team hasn’t lost with him at the heart of their midfield tells it’s own story, as does the defeat to Slovakia without him taking to the park and he is now one of the first names on the team sheet, never mind the squad.

We could see Jon McLaughlin and Robby McCrorie travel as back-ups but the speed at which Craig Gordon was re-installed to the starting XI indicates that the Gers number two will be third choice at best, despite already having eight clean sheets this season.

Rangers have always had a strong core of Scottish players and whilst there is a raft of age group players coming through the academy at Auchenhowie that might be good enough one day, there are few in Steve Clarke’s squad that would genuinely strengthen Steven Gerrard’s.

At right-back, if it wasn’t for an agreement between the home nations, James Tavernier would be eligible for his country of residence now and would go straight into the starting XI, none that play in navy would make the bench for the Light Blues.

At left-back, we all know about the qualities of Andy Robertson and Kieran Tierney but we are equally as blessed with Borna Barisic, the Liverpool defender more likely to be able to match the Croatian’s attacking output.

Rangers three senior centre-halves would also command a starting place for Scotland, that two of them play for Sweden and Nigeria respectively tells it’s own story, however, it is in midfield and attack that raises the most interesting questions.

There is a great balance in Rangers engine room with all six players being established internationals, for all that Callum McGregor and John McGinn might not be improvements on Gerrard’s men, they would certainly do a job as part of the bigger unit – as for Kenny McLean, it is very much a case of “watch this space”.

In attack, we were linked with Lyndon Dykes for the best part of a year, yes, he is a handful and will cause defences problems but in the right team that plays to his strengths, he just wouldn’t be a good fit for us.

Ryan Fraser is undoubtedly a good player but I wouldn’t have him ahead of Ryan Kent, the only regular forward I would take is Ryan Christie, he is probably the main player that would make a difference to our team, offering goals and assists from the “right 10” position that we have struggled to fill before, that was until Kemar Roofe arrived.

Most of us, as Gers fans, would love to see the Scotland team full of Rangers players to give us a greater connection to the team but, if the choice is that the team we see week-in-week-out is full of “foreigners” and successful, I know which decision I’d be making.