“Missed you”, “Great to have you back” – Gers fans love in as Jack returns 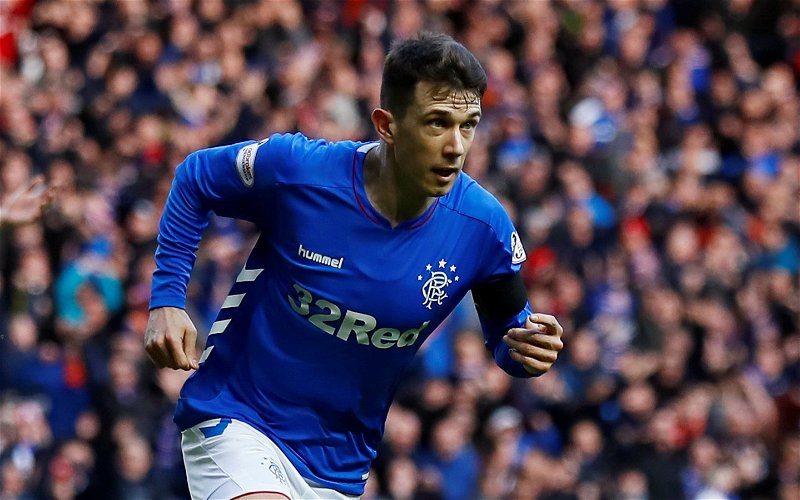 Ryan Jack‘s long awaited return from surgery was greeted by 50,000 adoring fans at Ibrox against Ross County at the weekend and the reception he got tells you everything you need to know about how much he has been missed.

The Scotland international has been plagued with injuries since 2017 but, hopefully, the medical team has now got to the bottom of the problem and we get to see him back to his best.

Steven Gerrard clearly loves Jack and sees a little bit of himself in him, famously brandishing him the “standard setter” in training, he might not be the captain, but he drives others on around him as if he was – the reaction from Joe Aribo and, in particular, Ianis Hagi when he came on says it all about how pleased they are to have him back in the team.

Jack’s influence has been sorely missed, you only need to look at the goals against column and some of our performances in Europe to see that, yes, he doesn’t score a lot of goals or create a lot of assists but he is so important to Rangers shape – he also won’t tolerate some of the mistakes we’ve seen recently, it’s great to have him back.