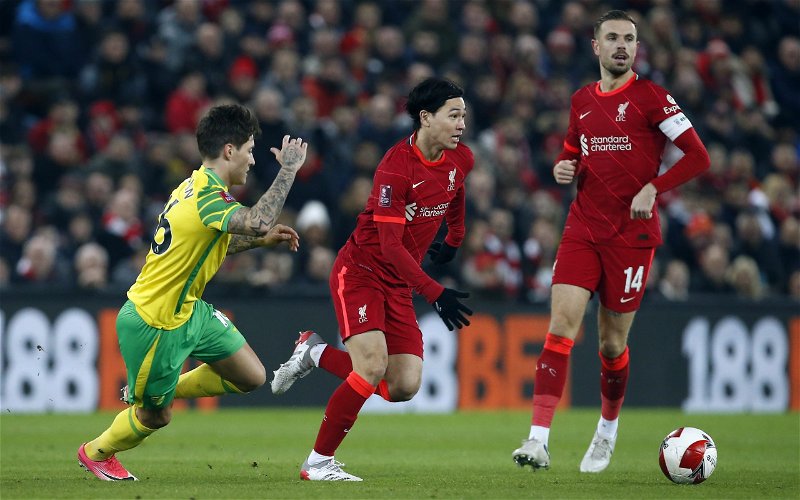 Done deal. £15 million move from Liverpool to Monaco for Takumi Minamino. It’s the sort of deal that is sadly beyond Rangers due to the financial ecosystem that the club operates in.

In the grand scheme of things, it isn’t overly relevant to Rangers aims as high spending Borussia Dortmund and RB Leipzig will testify but given that Monaco are one of four potential opponents in the pivotal Champions League qualifiers that lie ahead, it tempers those aims and ambitions.

It is an achievable goal, but one that will be far from easy.

Our potential CL 3rd QR opponents. A wee bit of perspective on the perils ahead… https://t.co/lxaoxLI4XC

GFFN reported on the deal, said to be worth an initial £12.9mil with the rest due in add-ons:

“RMC Sport and Foot Mercato report this evening that an agreement has been reached between Monaco and Liverpool for the transfer of Japanese forward Takumi Minamino on a permanent deal.”

“The 27-year-old is set to move in a transfer worth around €15m, which will be payable in three instalments. The Japan international had been a target of both Monaco and Lyon, but has opted to join the principality side, who will play in the Champions League qualifying campaign, over Les Gones.”

A lot of work is required before those massive games get underway in early August but the relevance and need of some quality, freshness to be injected into Gio van Bronckhorst’s team is very apparent.

Form, strength and belief will be needed if Rangers are to qualify for the Champions League group stages for the first time since 2010/11.

First of all, the pain of Malmo last year needs to be eradicated by jumping the first hurdle. It could be Monaco providing that obstacle but if it can be navigated, the money shot is on the line once again.