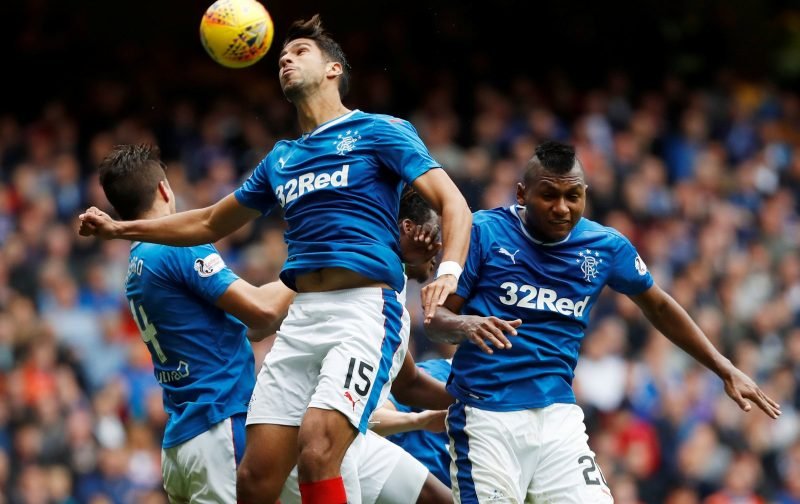 According to Football Insider, Eduardo Herrera is a player that Rangers are eager to get rid of as soon as possible.

The player has not featured much under Steven Gerrard to say the least and it appears as though he is going to be on the way from the club sooner rather than later.

Indeed, the report suggests that talks are taking place over a termination of his contract with the player currently frozen out from Ibrox at the moment.

It’s perhaps no surprise that the player is not in Steven Gerrard’s plans too.

It simply hasn’t worked for him during his time here and you’d have to argue he is not at the level we need our players to be at if we’re going to compete for trophies.

I’d like to see more of this ruthless approach from the club, meanwhile, providing we don’t start taking too big a financial hit time again.