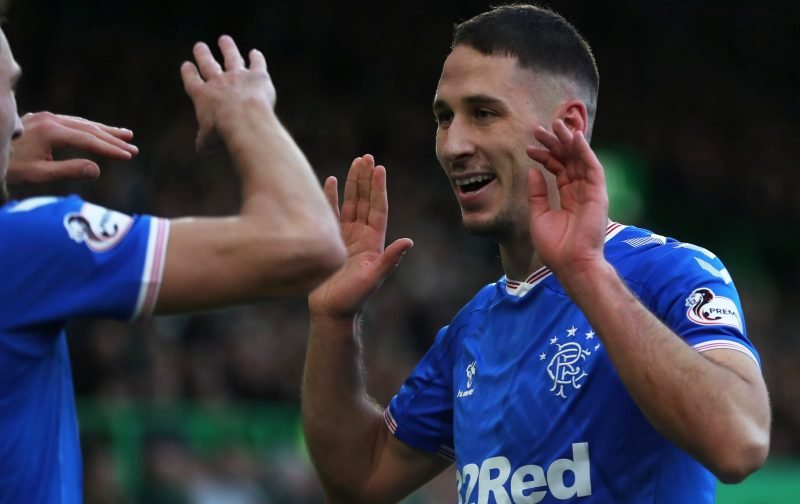 A report in The Daily Record has good news for one Rangers player and potentially fatal for another after it was revealed that Niko Katic could be close to a return.

His agent, Ives Cakarun, was speaking to The Record and confirmed the Croatian international’s timescale for recovery:

“All is going well.

“We hope Nikola will be ready for January. It was a big operation, cruciate ligaments and both meniscus.”

The 24-year old – rated at nearly £1.5million by Transfermarkt – had looked in phenomenal shape when he returned for pre-season only to break down before a competitive ball was kicked, his age and conditioning could be his saving grace when it comes to how well his body reacts when he does get reintegrated into full training.

It’s unsure from his agent’s comments if he damaged both cruciate ligaments but damaging both menisci cartilage reveals just how serious an injury he suffered, we know all too well the devastating effect it can have on a player having seen the likes of Michael Mols and more recently Jamie Murphy not being the players they once were when they pulled on the Light Blue jersey again.

This news will be welcomed by everyone associated with the club and in particular, Steven Gerrard, with the gaffer facing the prospect of having just three senior centre-halves available for the rest of 2020 after George Edmundson was handed a seven game ban for breaking Covid-19 protocols.

Katic’s injury led to Leon Balogun being signed and the Nigerian has impressed to the extent that it would be a shock if he doesn’t have his stay extended, with this in mind, there is no room or requirement for five centre-halves at the club and after such a severe breach of trust, Edmundson could well be out the door before the popular Croat even returns to the squad.