Ashley out but Gers know it’s not always that simple 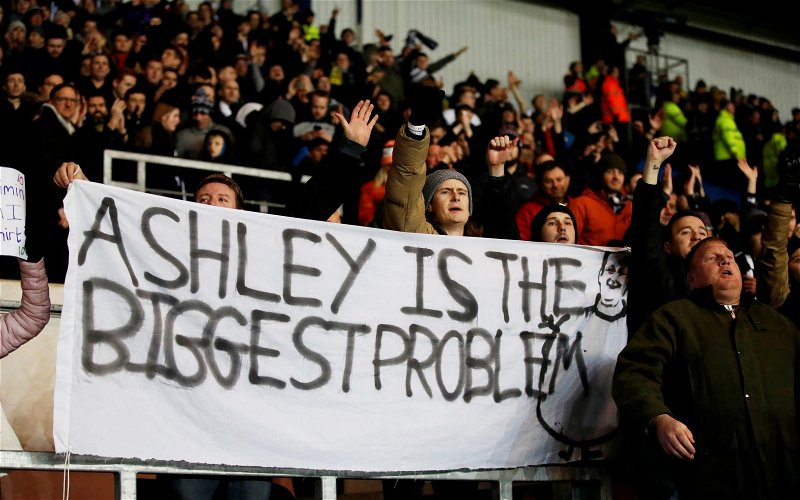 Football could soon be totally rid of Mike Ashley, one of the few characters in the game who opinion is not divided on.

Ironically, the way that he has ran his club in recent years means that the new, uber rich, owners could spend an immediate fortune, if they were so inclined.

Whilst Mike Ashley is not popular In Newcastle, his legacy for new owners is a profitable club. In last 3 yrs profit £38m, factor in FFP adjustments for academy etc of about £50m & this means the new owners have an allowable FFP loss of £105m plus £88m= £190m+ to play with #NUFC pic.twitter.com/IPSMzn3p22

We’ve seen ourselves though that he isn’t quite as simple as that to get rid of and it wouldn’t surprise me if he still has his fingers in the pies of Newcastle United’s commercial and merchandising deals, the thought of his former team playing in the Champions League and not making any money out of them would be enough to give him sleepless nights.

It will be interesting to see if Toon fans are as bothered as we were about getting him out of the club altogether and whether or not their opinions will soften if they start to win things – we’ve seen at Manchester United how quickly fans can forget to protest about the owners when they have either a big shiny thing waved in front of them or Cristiano Ronaldo.

I could never understand why Ashley didn’t change tact as soon as Rangers became a viable ownership option, we have a bigger fan base than Newcastle and have easier access to the Champions League, it wouldn’t have taken anywhere near the same level of investment to see us dining at the top table.

He, finally, met his match in Dave King though and I can only hope, for Geordies everywhere, that their divorce from the sports shop tycoon is more straight forward than ours.