Patterson proves his worth with international impact 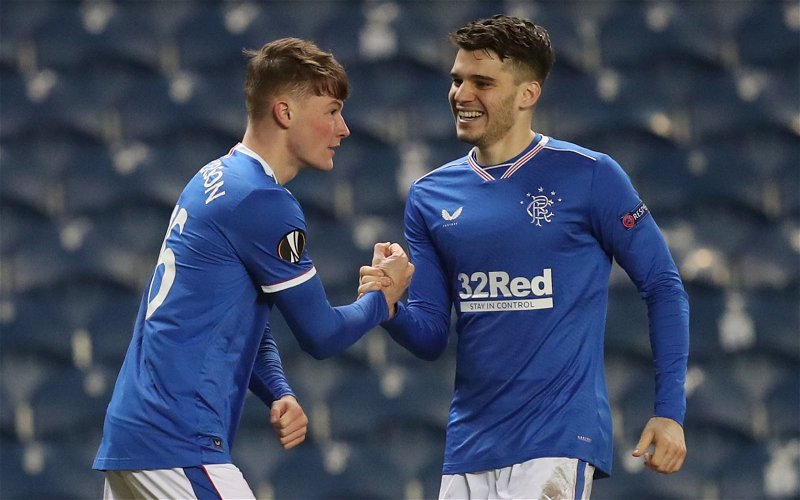 Nathan Patterson has been at it again, proving that it is almost irrelevant how much game time he gets, pick him to play and he’ll get the job done.

The 19-year old was outstanding for Scotland, playing a key role in their win over Moldova providing a moment of magic that Stephen O’Donnell could only dream of.

Reading a loose pass into midfield, Patterson charged out of defence to win the ball before driving at Moldova’s back four, a neat 1-2 with Kevin Nisbet saw the Rangers right-back in on goal and only a good save prevented him from opening th scoring – it was though, followed up by Lydon Dykes for the only goal of the game.

Patterson and fellow former Auchenhowie graduate, Billy Gilmour, were two highlights in a pretty painful watch, the latter also coming close to opening his international goalscoring account from a chance almost of his own creation.

It still wouldn’t be a surprise if Steve Clarke recalls Stephen O’Donnell despite Patterson’s performance, yes, he will make mistakes but he will also try things – its easy to look like a competent defender if you spend the whole game holding hands with a centre-half.

Scotland’s tactics need a right wing-back to be positive, to attack, and as we saw on Saturday night, there is only one available to Clarke who has the ability to do this and it isn’t the Motherwell skipper.

There are plenty of players in international football that don’t play week in, week out, it doesn’t make them any less of a player, and Patterson should be given the chance to make the position his own.