Morelos and Roofe be warned, Sakala’s numbers prove he’s the man to watch 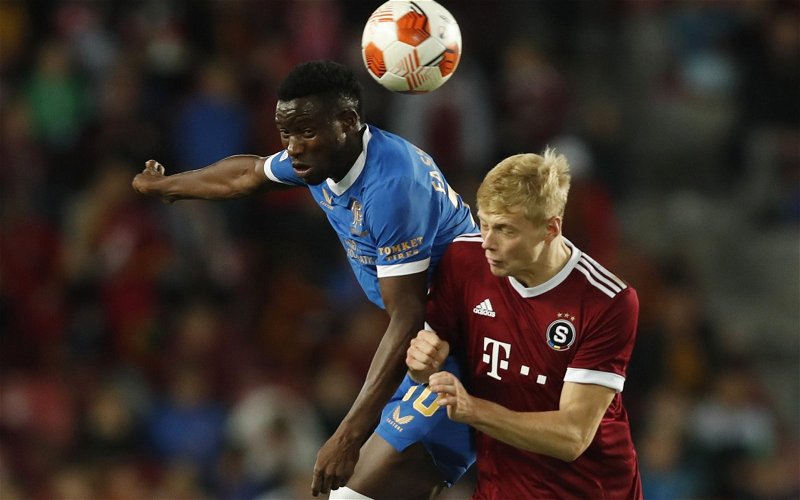 Every Rangers fan wants to see Nathan Patterson get more game time but when the player in front of him in his preferred position has seven assists in his last five games it’s never going to be easy, however, the new boss has found a way in his 4-2-3-1 formation by bringing him on in front of James Tavernier to shut down the right-hand side, that he is used to playing high up as a full-back and is comfortable in possession is an added bonus.

If this is interesting, what he has been doing on the other side is slightly more straight forward, replacing pace with pace in the shape of Fashion Sakala for Ryan Kent, the latter still being nursed back to full fitness, but it hasn’t stopped the Zambian international from continuing to make a positive impact.

He’s only been involved in ten league games but has managed to score five goals and create another, at a rate of a goal every 84 minutes – better than Alfredo Morelos and Kemar Roofe – not bad for a player finding his feet in a new country and having to get used to a completely different style of play.

His goal against Livingston also shows that we shouldn’t be shy in playing him centrally, following on from his header against Motherwell, his lack of height is more than made up for with his spring – we could well see him being used at set-pieces more often and get him isolated 1 v 1 as he did against Jason Holt.

Sakala still needs a bit of fine tuning but under the tutelage of Jermain Defoe and now Roy Makaay, he is only going to get better, imagine if Gio decides to start him what his numbers could be!