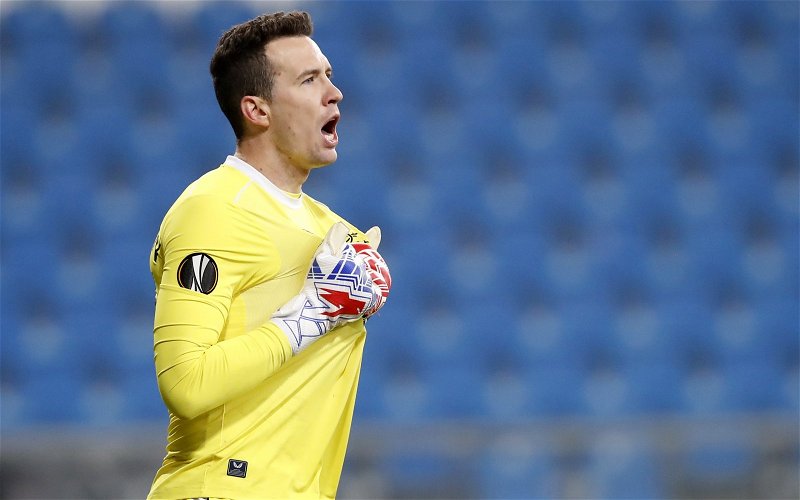 Rangers, and Ross Wilson in particular, will soon have a decision to make with regards to the number one position and who is going to be the first-choice between the sticks next season.

Already this season we have used three keepers for a variety of reasons but two of them are out of contract at the end of the year, at Vital Rangers, we would like to see Jon McLaughlin promoted to the top spot and given an extension with Robby McCrorie stepping up to number two.

Allan McGregor can’t go on for ever and there are signs and rumours that his body is starting to creak a little more than it used to.

There is though another option should our sporting director decide that we need a fresh start and it would involve going back to his old club Southampton where, like us, they have two keepers approaching the pre-contract stage of their deals.

It’s safe to say that Fraser Forster wouldn’t entertain joining Rangers nor would the way that he plays be particularly forward thinking for us, however, in Southampton’s Alex McCarthy, there is a goalkeeper with international experience and over 100 games in the Premier League.

At 31-years old, he still has plenty of time left ahead of him, he’s also only missed seven games through injury over the last few years.

It may be that having spent his career at a mid-table Premier League club or in the Championship that the opportunity to win trophies and compete in European football is too good an offer to turn down and, if McGregor does retire, the difference in the wage bill would be negligible given that the former Scotland keeper will be one of the club’s highest earners.

McCarthy is a realistic option, however, I’d still rather see McLaughlin being rewarded for his consistency over the last couple of seasons especially when you consider that he has rarely been given an extended run in the team with McCrorie the young pretender in waiting.