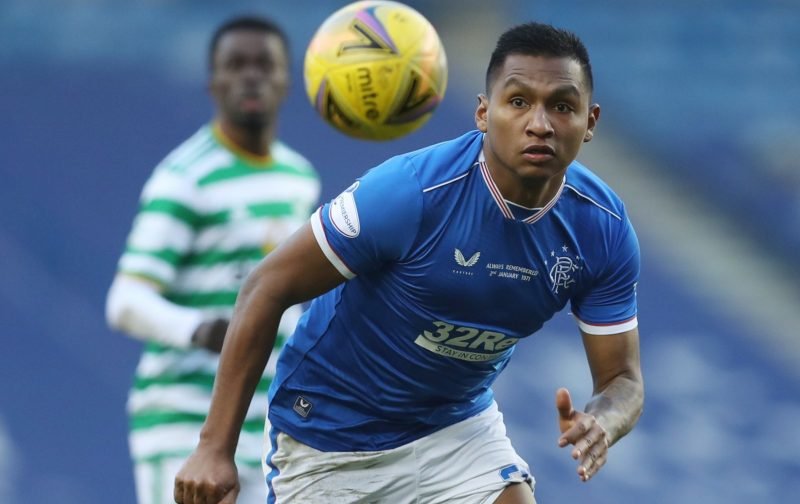 Former Rangers target Oli McBurnie is said to be the subject of a £15million bid from Wolverhampton Wanderers demonstrating once again the insanity that is the English transfer market.

No disrespect to the Scotland international but having been sold by Swansea for £20m to Sheffield United, another move in this sort of price range only begs one question – how much is Alfredo Morelos worth?

We came close to signing the well known bluenose in the summer of 2018 and it was in an interview with Open Goal that McBurnie revealed about his “interview” with Steven Gerrard.

“I was out in Dubai with Greegsy (Allan McGregor). Me and Greegsy had been having an all-dayer. I got a phone call from my agent … this must be the year when I just got back from Barnsley and before I signed my new deal at Swansea.

“My agent rang me and said Steven Gerrard is in the hotel around the corner from you and wants to have a chat with you. Nothing too stressful, just casual. I am on an all-dayer with Greegsy and the next morning I’ve woke up and went ‘f*** I need to go to that hotel and meet Gerrard.

“Things happen. You know what football is like mate, and I ended up signing a new deal at Swansea and ever since then it’s been a bit financially out of the question.”

Being hungover was probably enough to put Gerrard off, however, despite his detractors, McBurnie is capable of playing at the highest level, in the right formation – although don’t expect him to get 20-30 goals a season.

Morelos on the other hand can do what the Blades forward can do, but better, he has also done it in Europe, not only that, he can get you 20-30 goals a season if he is given the ammunition, which brings me back to my original point – if McBurnie is worth £15m surely the Colombian international is worth at least double that?