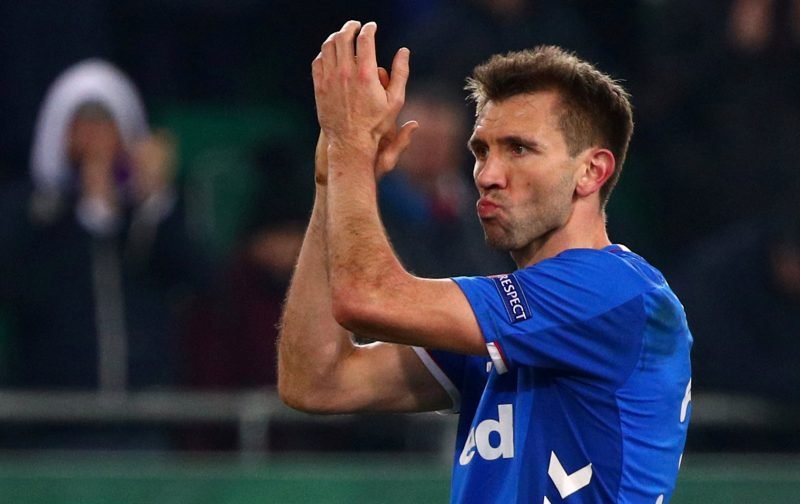 Steven Gerrard is ready to change things up for his second season in charge at Ibrox and it looks as though a number of players could leave the club.

Kyle Lafferty and Graham Dorrans are among that whilst the Scottish Sun is also reporting that Gareth McAuley could leave after a short spell up here.

Joining after being at West Brom for a long spell, he looked like a decent signing but in truth he hasn’t really been able to force his way into the side.

He’s getting on in years now, too, and with us needing a long-term solution at the back, it makes sense that we’re going to let him go and look for other options.

Who those other options are, though, remains to be seen as Steven aims to put together a team and a squad that can challenge Celtic on all three fronts next season on the domestic scene.