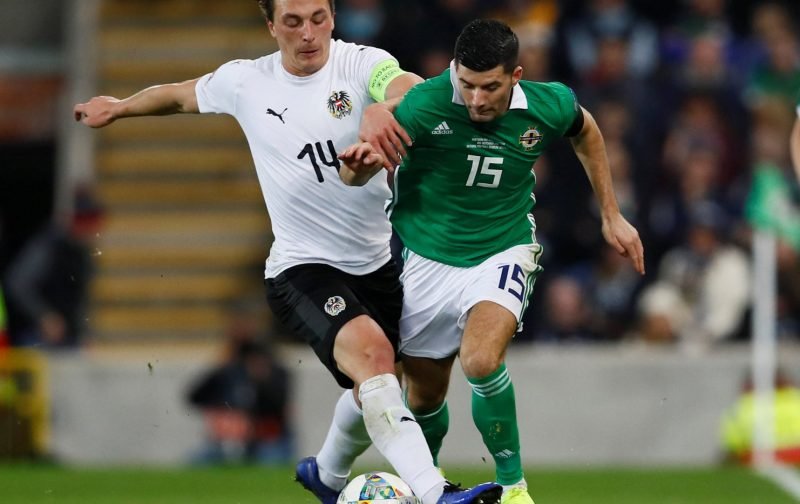 Jordan Jones’s future under Steven Gerrard appears to be short lived with news that the Northern Ireland winger is being lined up to join the Ibrox old boys’ club at QPR.

Heart and Hand, the biggest podcast for all things Rangers claimed on the “Daily Update” yesterday that Jones is potentially the subject of a £1million bid from the London-based club having been the subject of speculation earlier in the window.

Teamtalk claimed that QPR are one of a number of clubs said to be interested in signing the 25-year old who has seen first team action limited in 2020 and his recent woes have been compounded by an injury that ruled him out of international duty with Northern Ireland during the recent Nations League fixtures.

Gerrard has developed his tactics since Jones tore Midtjylland apart in last season’s Europa League qualifying campaign and has seen width being provided by the full-backs and the likes of Ryan Kent and Brandon Barker used to support a striker from more central areas.

Has Jones had a fair crack of the whip under Gerrard?

Jones, infamously, fell out of favour after the first Old Firm game of last season when he – deep into injury time – needlessly scythed down Moritz Bauer on the halfway line causing injury to himself and which led to Gerrard claiming that he would have to work hard to earn back his trust – something he has obviously failed to do.

Despite his current status in Rangers squad, he is still an international player who is approaching his peak and in the right team, with the right set-up, he could be a worthwhile contributor – it just won’t be at Ibrox.