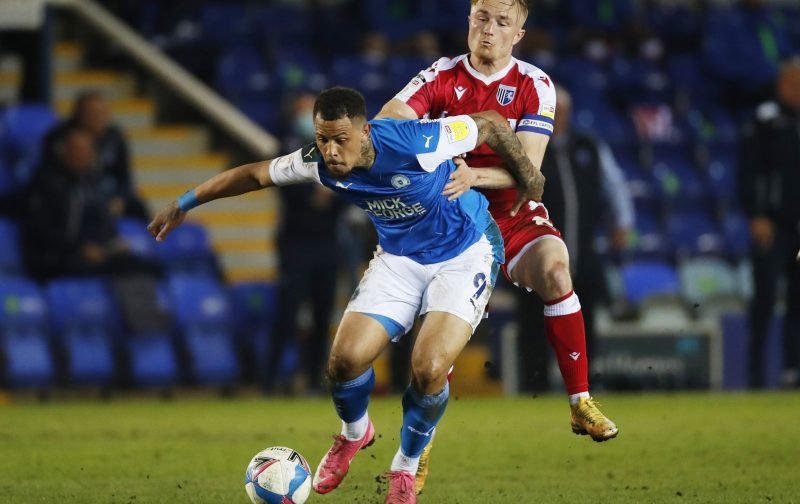 Vital Rangers exclusively revealed that we aren’t in the hunt for any additional forwards in this transfer window, however, this hasn’t stopped the mainstream media from continue to link us with strikers, including one bizarre story in The Daily Record.

Jonson Clarke-Harris has been watched by Ross Wilson’s scouting team, if you believe Peterborough United’s director of football Barry Fry, however, with four – five if you include Fashion Sakala – central attackers at the club, even if you just apply common sense, it would take some leap to suggest that we will be looking to splash out the several million pounds needed to release him from his contract at the Championship side.

The Record claims though, that because Stoke City boss, Michael O’Neill has intimated that Financial Fair Play could have a negative affect on clubs in England’s second tier that it means that Rangers chances of signing the prolific striker are greatly improved.

For a start, we don’t need any strikers. Secondly, FFP has no relevance on the future of Clarke-Harris because he is under contract with Peterborough for a few years yet, they don’t need to sell him just now, and probably don’t want to either.

The most likely departure will be another player we have looked at in the past, Siriki Dembele, because he is refusing to extend his contract that has a year left to run and will still attract a decent transfer fee.

It’s going to be a long transfer window if we are going to be linked with a player purely because another manager says that money could be tight this summer, not that it will stop the Scottish press from making up anything they can to include us in transfer rumours that is.