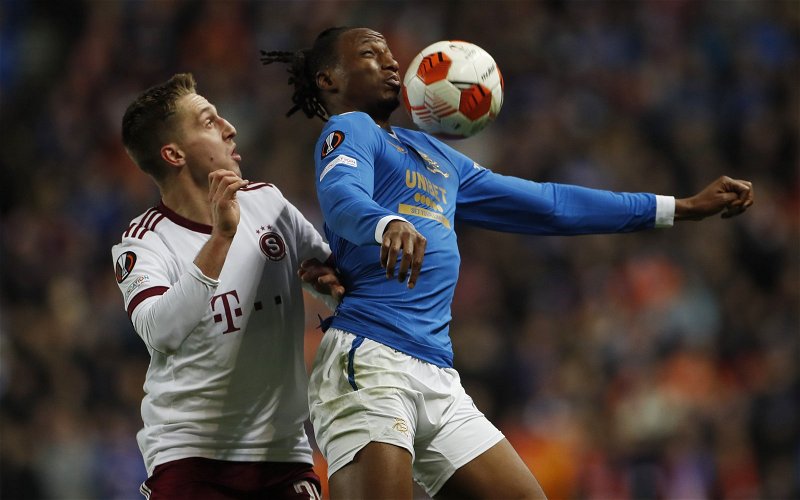 No sooner has Ross Wilson said we shouldn’t worry about the contract status of some of our key players than on of them is being linked with a move to the Premier League.

Joe Aribo has been one of our most consistent players this season and the 25-year old is said to be attracting interest from a a few teams south of the border, according to a report in The Daily Mail:

“The Premier League trio are among the clubs tracking talented midfielder Aribo, 25, as he heads towards the final 18 months of his contract with the Scottish champions.

“Aribo joined Rangers in 2019 from Charlton and has flourished north of the border making 116 appearances, scoring 21 times and setting up 18 further goals.”

Since joining Rangers, a move that his then Charlton manager claimed was mistake, Aribo has played in the knockout stages of European football and become an established international for Nigeria about to head to the African Cup of Nations and the World Cup – it’s worked out not too badly in the end for him.

We know that we can’t compete with most clubs in the Premier League in terms of wages and it may be that Aribo sees his next move as a stepping stone, the clubs being mentioned are also all a lot closer to where he grew up.

However, he might feel that the new role given to him by Giovanni van Bronckhorst is one that he can thrive in, the opportunity to get in the box and score more goals for a team competing in Europe and for trophies is a more attractive option than merely looking to survive each season.

Ultimately, it will come down to whether or not there are actually any concrete offers made and if they meet the club’s valuation but, it’s safe to say – if he does go – we will get an awful lot more than the £300,000 we paid for him.