Aribo shines as media fawn over Gers star, whose stock continues to rise 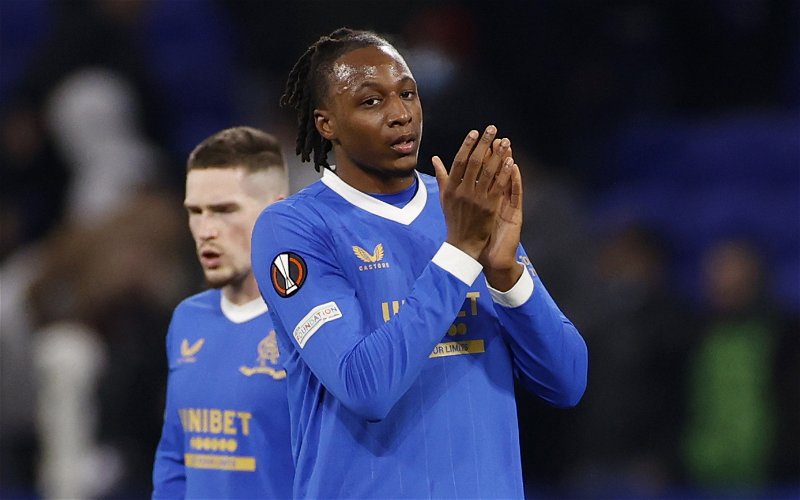 Rangers fans experienced something that they hadn’t done for a long time last summer – seeing their players in a major tournament.

Unfortunately, Filip Helander, Borna Barisic and Nathan Patterson didn’t play quite as often as we hoped they might but Glen Kamara played a starring role for Finland which would have significantly increased his valuation, not bad for a player who cost £50,000.

When the squads for the African Cup of Nations was announced there was a slight sigh of relief from Rangers fans after finding out that “just” Joe Aribo had been called up but now that it has kicked off, there is a sense of pride that matched that of the summer seeing one of our own on the biggest stage.

An assist and a wholesome performance 👌🏽

Nigerian midfield did not let Egypt breath for the most part. Joe Aribo, the standout. #AFCON2021

Joe Aribo best player on the pitch absolutely outstanding performance and it’s not even a surprise, been like this all season , movement, spacial awareness and his pass selection has been really good , beautiful footballer he’s dictated the game for Nigeria #NigeriaVsEgypt

Not only that, but Aribo earned plaudits from all over the media for his performance both in the final third as part of the attack and when he got moved into a deeper position which reminded me of one thing – Lee Bowyer – Vital Rangers already covering how his comments have come back to haunt him.

I’d probably hazard a guess that Aribo is pretty happy with how his last couple of years have gone and the footballer he has developed into.

The 25-year old’s stock has continued to rise year on year since joining the Light Blues and if his AFCON performances continue as they have started, so will his price tag – a Scottish transfer record is not out of the question.