Tavernier praises “baller” who has impressed in pre-season 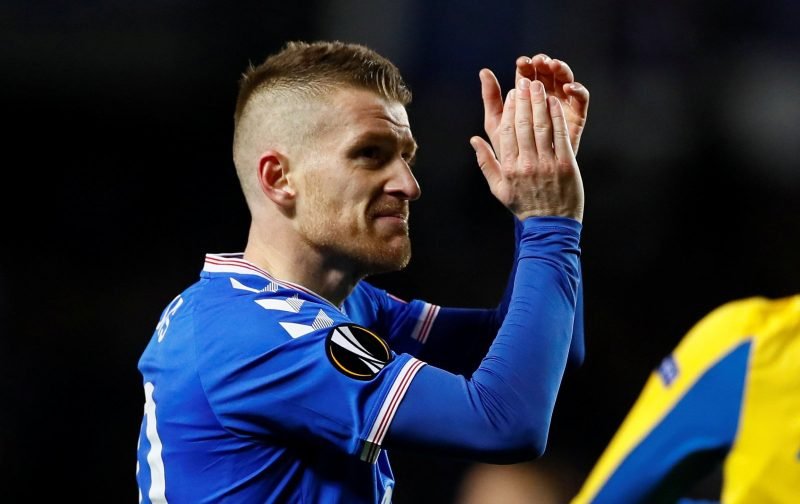 If you haven’t noticed, Vital Rangers is very much a founding member of the Stephen Kelly fan club.

The 21-year old midfielder showed last season – on loan at Ross County  – that he had the potential to return to Ibrox and be in genuine contention for a place in Steven Gerrard’s first-team squad, displaying qualities similar to that of our very own Peter Pan, Steven Davis, who contineus to defy his advancing age and if anything, like Alan McGregor, is getting better with age.

It’s not just us that are fans either, Gers skipper, James Tavernier, was back interacting with fans on his Twitch channel on Tuesday afternoon, fielding questions whenever time allowed him too, and one of those was on the emergence of Kelly in pre-season, who, arguably, has been the stand-out performer since we took on Partick Thistle in the first game a few weeks ago.

Tavernier responded by calling the Scotland Under-21 international a “baller” and explained how impressed he had been with all the youngsters who had been given the chance to impress over the last few weeks, praising their attitudes and determination to succeed.

Some, like James Maxwell and Kai Kennedy have gone out on loan but now – especially with Nnamdi Ofoborh’s heart condition – Kelly is surely set to keep his place in Gerrard’s plans emulating fellow academy graduate Nathan Patterson in the process.

He won’t be expected to play 40-50 games this season but what he will be expected to do is maintain the form he has shown in pre-season as and when he is called upon. Davis might be defying the laws of physics with the way that he has been playing but it can’t last forever, and who better to step into his slippers than one of our own.