Rangers international players update – results so far and who is still to play? 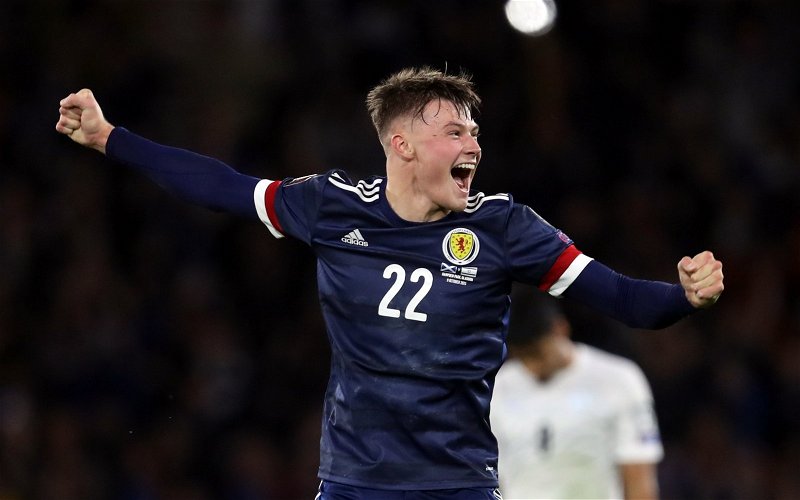 Rangers have been represented by 12 players on senior international duty over the last week.

Whilst some are on their way back to Ibrox, others remain on duty with further games to come, including a couple to be played tonight.

So far so good, with a clean bill of health reported ahead of Saturday’s massive encounter against Hearts at Ibrox. See below for a break down of how our internationals have fared over this period.

Nathan Patterson made a significant second-half impact in that game, with Gers keeper McLaughlin an unused substitute. Steve Clarke’s side will be expected to pick-up three points in the Faroe Islands, with kick-off coming at 7.45pm

‘Norn Iron’ are all but out of the reckoning to grab second place in Group C, currently trailing Switzerland by 6 points, after the Swiss beat NI on Saturday evening, 2-0. In the closing stages of the game, Steven Davis was joined on the pitch by Cedric Itten.

Tonight, Ian Baraclough’s men are in Bulgaria as they aim to consolidate third place in the group. Captain Davis, the UK’s most capped men’s footballer is likely to lead his side once again, in Sofia after MIddlesborough’s Paddy McNair wore the armband in Geneva to mark his 50th cap.

Glen Kamara’s Finland had mixed fortunes across their two games, with one win and a defeat.

The Gers man played both games in full, as they won earlier this afternoon in Kazakhstan (0-2), following up on a 1-2 home loss to Ukraine at the weekend. The Finns are still in contention to grab a playoff spot in Group D with three nations vying to finish second ahead of probable winners, France.

Juninho Bacuna played in both far-flung friendly games whilst on duty with Curacao over the last week.

The first was a 4-0 loss in Bahrain against the host nation, followed up by a 1-2 reverse against New Zealand on Saturday. After further much need game time, the player will be back in good time to start preparations for Saturday’s game.

Calvin Bassey was named in the Nigeria squad for the first time this month, making up the Nigerian contingent at Ibrox, alongside teammates Leon Balogun and Joe Aribo.

They faced a double header against Central African Republic over four days with a disappointing 0-1 home game upset being followed by securing a 0-1 win in Bangui.

Balogun faced criticism for his performance in the first game but made amends by scoring the opener in the second game, as well as pulling up with a minor injury in the second half of that tie.

Joe Aribo started both games, with Bassey waiting to make his debut for the Super Eagles.

Barisic did not play on Friday as Croatia won 0-3 in Cyprus however he was recalled to the team and played the full game last night as the Croats drew 2-2 with Slovakia in Osijek.

Croatia are assured of second place in Group H, just two points behind Russia with two games remaining to play.

Fashion Jr made his mark for his nation, scoring a very well taken goal in the home leg of the round-robin tie against Equatorial Guinea. His status and prominence continues to rise in his homeland.

The mercurial Hagi was the man for the moment in Hamburg, firing his nation into an early lead with a classy solo effort, but the Germans rallied to win the game 2-1.

That was followed by a 1-0 win against Armenia last night, with Hagi also starting that game, meaning they now occupy second spot in Group J.

Roofe played as a sub against USA, a 2-0 defeat before starting a 0-0 draw with Canada in Kingston.

The Reggae Boyz now face a trip to Honduras with the kick-off time on 0105 (UK) on Thursday making the Rangers man a doubt to start on Saturday.

Jamaica are currently struggling in the CONCACAF qualifiers, needing to get their first win in six games to have any chance of being in contention for the three automatic World Cup spots for the north and central Americas nations.