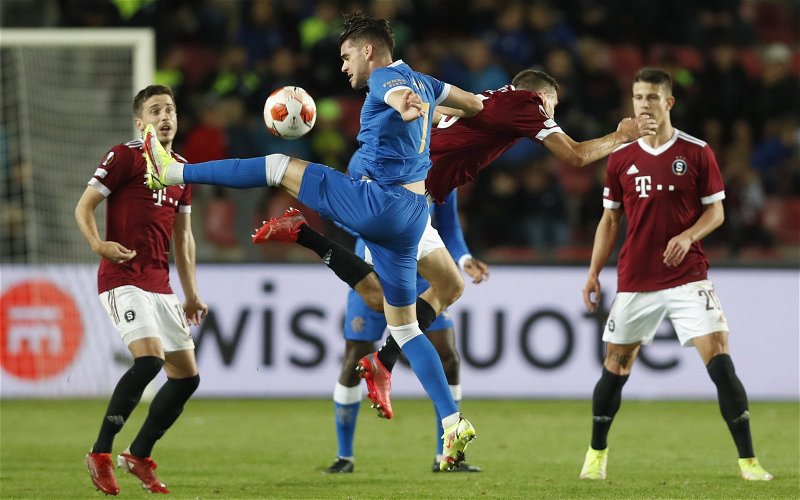 What do Borna Barisic, Connor Goldson, Glen Kamara, Ryan Kent and Ianis Hagi all have in common?

They have all been linked with a move to Aston Villa who face competition from our Europa League rivals Lyon, our Romanian international playmaker being the latest that is said to be on a list of names that Steven Gerrard is looking to be reunited with, according to a report in Fichajes.

Considering that Giovanni van Bronckhorst has started Hagi in his first two games, it very much looks as though he is set to be a key player under our new manager, the system that he is playing makes it even more likely that he will get increased game time seeing as he is able to play centrally in the number ten role or in one of the wider positions.

As we saw against Sparta Prague he is the sort of player that can appear to have a bad game and yet still create clear cut opportunities for his team mates, on three occasions he put Ryan Kent, Joe Aribo and Alfredo Morelos all into positions where they only had the goalkeeper to beat – that is a quality that is hard to find, especially on our budget.

It has long been accepted by Rangers fans that we will have to start selling players to make money, thankfully, for the players named – including Kent – we would be making sizeable profits on all of them should they head south, with the exception of Goldson being down purely to his contract status.

Hagi has spoken before about how much he feels his game has improved since signing for us and credited Gerrard with much of this, however, he has also stated his love for the club on more than one occasion – hopefully, this love is enough to keep him at the club just a little while longer.