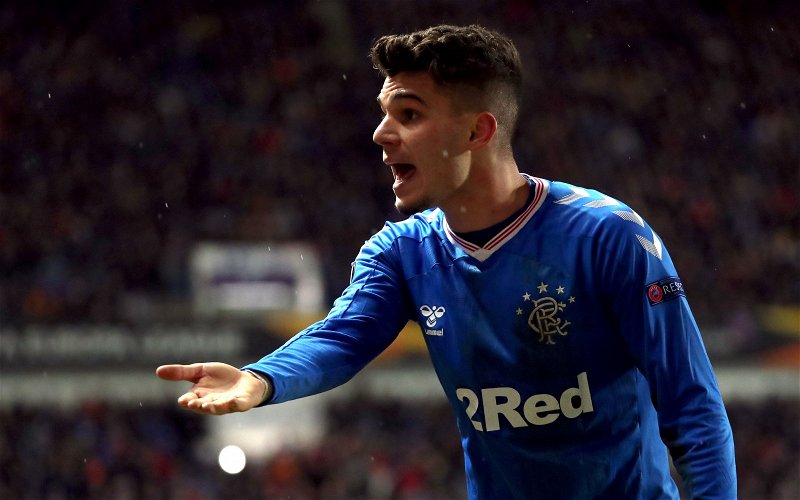 Rangers have been flying this season and much of it has been to do with the impressive movement of the front line, but one man who has seen his game time reduced in recent weeks is Ianis Hagi despite having impressive underlying numbers.

An interview with Vasile Miriuta, a Romanian born, former Hungarian international, who has managed a host of teams from his homeland claims that the Gers youngster has been under a lot of pressure and as a result his performances have suffered.

Glasgow Live picked up the interview in which Hagi is reassured about his place in both Steven Gerrard’s XI and the national team:

“There’s been a lot of pressure on this kid lately. Let’s get him to do his job. He’s young, even though he says it doesn’t affect him. It affects me at my age.

“I say let’s leave him, he was 100% affected by the pressure and that’s why he lost his place in the team. I like him, he’s very good, very young.

“If he went to Under 21s, they said he was demoted. He is very good, he can help the national team, he will surely re-enter the starting 11 of Rangers!”

Hagi may not have started as many games recently but this can be put down to the form of the likes of Ryan Kent and Kemar Roofe, however, the Romania Under-21 skipper needs to be on his toes because his time will come again, a player with eight assists in 17 games will always be needed in a 60 game season.

When he has come off the bench his attitude has always been first class, there has never been an issue with that, but he has to realise that not everything depends on him and there are plenty of other players around him that can create and score goals – that his biggest flaw is that he is trying too hard paints it’s own picture.

Hagi will come good again, he is way too talented not to, he just needs to relax and let his feet do the talking.