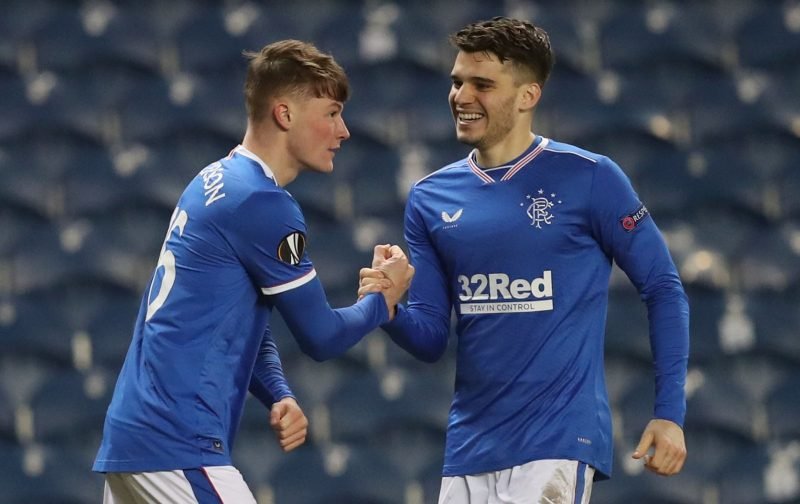 Just as we were getting players back from injury, suspension and Covid-19 isolation issues, the dreaded international break has struck yet again.

Nathan Patterson missed Scotland’s 1-0 win over Austria through injury and he must have been kicking himself watching Stephen O’Donnell have the freedom of the right-hand side of the park and not taking advantage of it.

We’ve since heard that Filip Helander was training on his own rather than with his Sweden team-mates – hopefully as a precaution – and that, worst of all, Ianis Hagi has tested positive for Covid-19 and could miss the next three games against St Johnstone, Lyon and Motherwell.

It’s a blow for Steven Gerrard because not only has he looked good for us but he has been in fine form for Romania, hopefully he is asymptomatic and that his absence is purely to meet the protocols rather than because he is suffering any effects from the virus.

The bad news is that these aren’t the last international fixtures of the year with dates in both October and November – this will only get worse if the powers that be get their wish of a World Cup every two seasons.

The consolation for Gerrard is that he at least has Juninho Bacuna available now, Fashion Sakala is fit and Scott Wright will also be back in contention following his own period of isolation, if he continues his current form, there is no reason why Steve Clarke shouldn’t be considering the Gers forward to add a bit more pace and creativity to Scotland’s attack.

It’s always nice to see Rangers players getting international recognition, it would be even nicer if they returned from duty fit to play for the club that pays their wages.