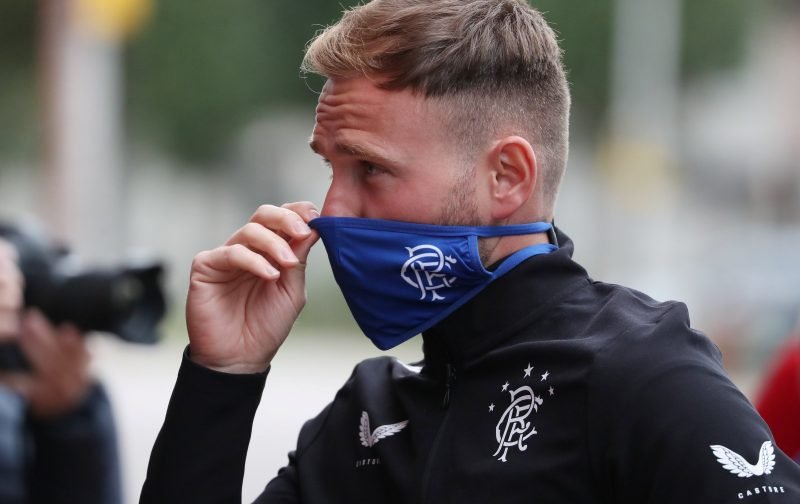 Ross Wilson arrived to replace Mark Allen as director of football and shortly after began the process of trimming the fat from Steven Gerrard’s squad.

There are still one or two stragglers that need to be sold or moved on but one recent departure, Greg Stewart, has explained that he knew his days were numbered at Ibrox and that his exit wasn’t a surprise, as reported by The Daily Record:

“I kind of expected it because I didn’t play that much last season.

“There’s nothing worse as a football player when you’re not playing as much as you’d like.

“I missed out a lot last year so hopefully I can get back to a level where I’m playing consistently now.

“I’ve been back training on my own for a wee bit but I’m hopeful something will be sorted out this week.

“It will be good to get back in amongst it.

“I’ve had an offer from abroad and a few from Scotland so I’m just mulling over what’s best for me and my family.”

Stewart was always a strange signing, yes, he was on a free transfer but he was approaching his 30s and had never shown a consistent level of performance that suggested he was going to be good enough to play for Rangers.

This being said, whenever he was called upon, he never let anyone down and he can be proud that he played a part in memorable European nights and a hammering of Aberdeen in which he was outstanding, as a boyhood Gers fan, he can at least leave with those memories and a Scottish Premiership winner’s medal in his back pocket.