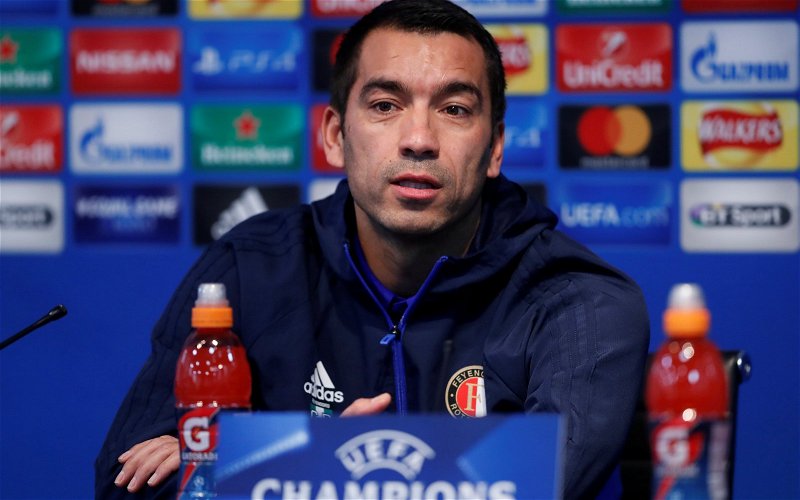 Rangers fans expecting wholesale changes for the visit of Sparta Prague to Ibrox on Thursday night are going to be sorely disappointed.

Giovanni van Bronckhorst does not appear the sort to suffer fools and his opening press conference revealed that he saw a few things on Sunday that need to be addressed – didn’t we all? – but this doesn’t mean that he will be able to tear up a blue print and start again in the space of a couple of training sessions.

What we might see though is a return to things that have worked recently.

Dutch football traditionally favours a front three but GVB has used 4-2-3-1 in the past as well, an easy enough transition for us given that it would invariably be Ianis Hagi or Joe Aribo operating as the number 10 and that our most advanced midfielder tends to play on the periphery of the opposition box anyway.

What this would mean though is that we could see more pace on the flanks rather than them playing narrower as they did under Steven Gerrard – potentially, key roles for Ryan Kent, Fashion Sakala and Scott Wright in the weeks ahead.

Getting the best out of Alfredo Morelos will also be pivotal to future success, he seemed to play better when he was more isolated and the “main man” rather than when he had players closer to him, making the front three wider to increase the supply to him could reap rewards – if he finds his form again.

The good thing is that Gio doesn’t have to rebuild the squad, there is enough depth and quality there for him to work with but it needs fine tuning.

That it was our most experienced defence and goalkeeper that capitulated against Hibs is probably the biggest concern and the biggest question he has to answer, does he drill the old guard until they get things right or does he turn to Calvin Bassey, Nathan Patterson and Jack Simpson?

Sparta aren’t in a great position themselves so I’d expect a clean slate for those that started against Hibs, with the doors to the last chance saloon currently being held open for more than a few of them, should they slip up again.