“Finish it” – Gio wants ruthless Rangers to be clinical 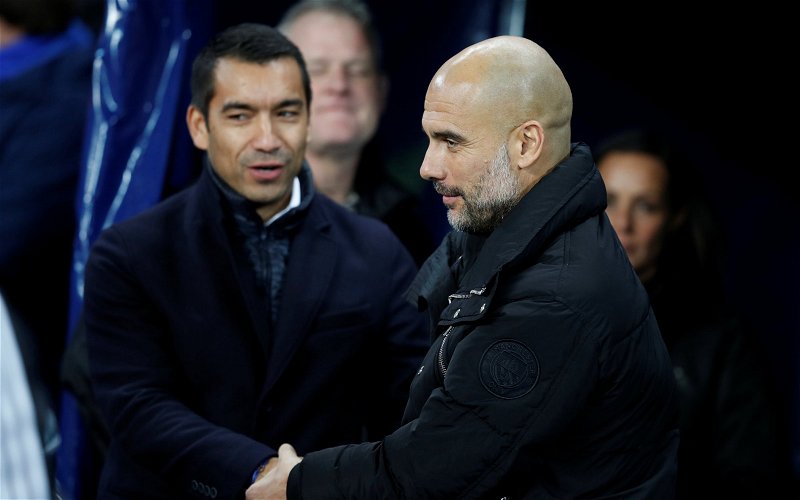 Giovanni van Bronckhorst matched his start in the Europa League by backing it up domestically with a 3-1 win over Livingston and yet, he still wasn’t happy with what he saw.

It’s been a good start for the Dutchman but it’s a positive sign that he is demanding more from his players despite putting in decent performances.

🗣️ “It’s been a really good performance, but we will improve!”

The perfect introduction to life in the league for Giovanni van Bronckhorst! ⏫

Speaking to Sky Sports after the game, Van Bronckhorst is looking for his side to be more clinical and ensure that the scoreline matches the control that Rangers have in the game.

“The first goal was excellent and the second goal was also really good. Good positional game from outside and a great shot by Joe.

“After that we lost the intention of playing a little bit and also the speed of play – we were a bit sloppy – and 2-1 made it a real game.

“We were more in control in the second half and didn’t give any chances away but if you have so much control of the game you have to make sure you finish it as early as possible.

“If you go to these games – away at Livingston – it can be very hard because they are very physical and play a lot of long balls.

“But overall it’s been a really good performance from the team. Of course, we’ll always have departments in our game where we can improve but we’ll do that.”

The five goals that we have scored under Gio have been a good blend of counter attacking, patient build up and set piece, an early indicator that we aren’t going to be one dimensional but the boss is right, we can’t afford to take our foot off the gas until the points are safe.

We were profligate against Sparta in mid-week, Joe Aribo in particular being guilty of squandering good chances but, as he gets used to his new advanced role, you would like to think that the muscle memory will be there when he gets opportunities – it would just be nice if he could score simple goals too.

In fairness to the players, it’s not often you go to Livingston and win 3-1, they are usually tight, physical affairs and this one  was no different, if anything, we created even more than we normally did – the first two games of Van Bronckhorst’s reign have shown that we will not sit back and pass the ball from side to side, it’s safe to say that we won’t see three sitting midfielders next to each other either which certainly shortens the odds of him getting his wish of us putting teams to bed a lot quicker than we did under the previous regime.