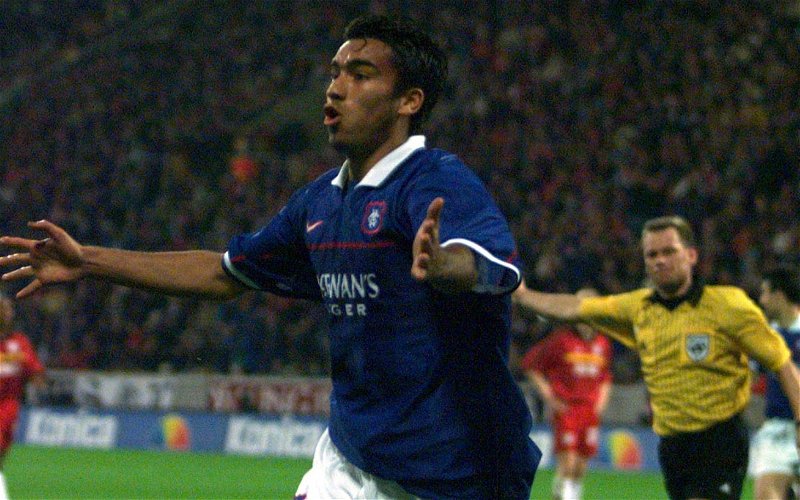 Giovanni Van Bronckhorst has been unveiled as the new Rangers manager and for all that he won’t be in the dugout against Hibernian on Sunday due to a work permit issue, the former Feyenoord boss will no doubt have spoken to his new players about the standards he expects to see on display.

Speaking as part of the announcement that revealed his arrival, Gio told the official Rangers website that he was aware of the quality in the squad and that he was looking forward to working with it, an indication that he has kept one eye on events at Ibrox – when you consider that he always harboured ambitions of one-day returning to sit in the Ibrox hot-seat, it’s not entirely surprising.

Speaking to Football Insider, BBC pundit, Danny Mills has spoken about his experience of working with Van Bronckhorst and what he will bring to the club:

“Van Bronckhorst knows the club, he knows how it works in Scotland, he knows the intensity and he knows the area. How many of the players he will know on a first-hand basis, I’m not too sure.

“He’s got some experience in management and he was a fantastic player. He’s been coaching for quite some time.

“I’ve dealt with him in one or two other things in the media. He’s thoughtful, well-prepared and meticulous with what he does.

“There is no reason why he shouldn’t be a success. He will go in there and understand what the club is about and that can be a help or a hindrance.

“He will go in there as a decent, young coach, as Steven Gerrard did and for Rangers fans, it should be relatively seamless. He’s taking over while they are doing pretty well. You don’t always want to take over when it’s a disaster.

“Yes, there’s pressure to carry on doing what you are doing, but if you carry on in the same vein you should be on to a winner.”

Mills has touched on something that Ross Wilson also mentioned in his interview, Van Bronckhorst made the effort to discuss other aspects of the job outside of the formal interview process with our sporting director, it was clear from day one that he wanted the job.

We also have to consider the work he did at Feyenoord where, against teams with much bigger budgets – he delivered their first Eredivisie title for 18 years, an achievement which was considered to be huge at the time, that they haven’t won anything since his departure also speaks volumes of his ability to get the most out of a squad.

That he played for Rangers is an added bonus, he’s played and scored in Old Firm derbies, he’s been in the middle of a huddle on the half-way line at Parkhead, but he is more than that, he is the best candidate because he has the attention to detail needed to be a success in the dugout.