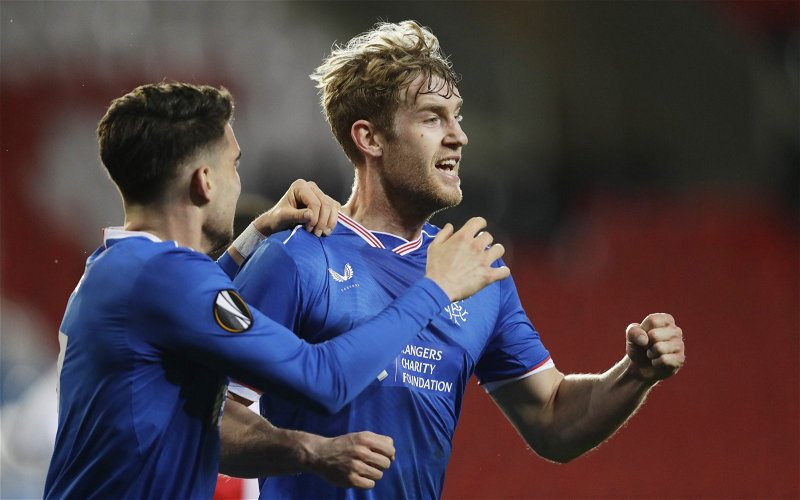 As a founding member of a the Filip Helander fan club, today’s pre-match press conference for the trip to Easter Road provided some much needed good news given the issues that we will soon be facing in January when the African Cup of Nations kicks off.

Calvin Bassey has looked like a seasoned professional next to Connor Goldson over the last couple of games and, if anything, has looked the more solid of the two in Leon Balogun’s injury enforced absence, ironically, his good performances might see us lose him – along with his more experienced international team-mate – for up to four weeks making today’s announcement even more important.

Filip Helander is back in training.

Not full training, but he is back on the pitch and building up fitness before he will be available for selection and it couldn’t come at a better time.

It’s like a striker that always scores goals when you have a centre-half that exudes a calmness in defence, he makes other players around him look better by his positional awareness and sheer determination not to concede goals.

His record of having lost just one game in the Scottish Premiership is incredible and even then there was a large slice of luck in Dundee United’s winner early this season, I have to add that he bore zero responsibility for the goal that was conceded too.

The prognosis was always that he was pencilled in for a December return and thankfully, given his position, he doesn’t need to be able to run 12km a game, unfortunately though, we couldn’t have had a harder fixture list for him to try to get his match fitness back in and it may be that Ibrox is where he will see most minutes – the Old Firm derby in January looming large on the horizon.

Fingers crossed that there will be no set backs and he will be back in the fold sooner rather than later, after all, I’ve always been more of a Gimme, Gimme, Gimme fan rather than Super Trouper.