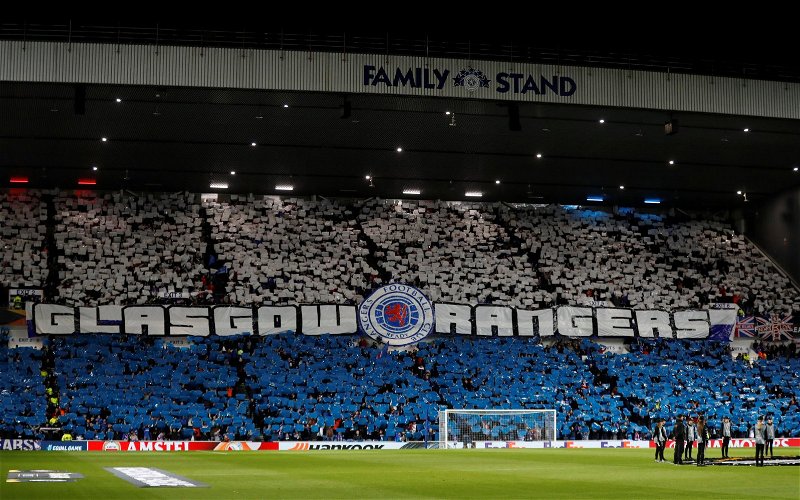 Steven Gerrard’s record in Europe since taking over as Rangers manager is incredible which has seen expectations raised to the level that fans now expect, rather than hope, for positive results – even away from home.

It was two points dropped against Brondby though as chances were missed by a forward line that far from impressed the Gers gaffer – how often have you seen him change his entire front three at the same time?

The result keeps our destiny in our own hands with Sparta Prague next at Ibrox on the fixture list, a win by two clear goals and second place is ours, this didn’t stop some fans from moaning about the result though with others – on social media – quick to impart a touch of realism to the conversation:

Many we get beat by the night? People keep harping back to last season. Last season was a freak it’s not happening again. We need to slog it out this year buckle in and keep your negativity to yourself.

Should we have won tonight probably. But if you said to me 2 games ago win the next home game against Sparta by 2 goals and we’re through I would take that all day.

Imagine someone told you, when Gerrard turned up, you’d only have to beat Sparta by 2 goals at home on match day 5 to qualify out of the group stages for the THIRD consecutive season. Just let that sink in.

Are people genuinely annoyed about tonight?

We needed to beat Prague even if we won anyway, and we were clearly the better team tonight. I can understand a bit of frustration at not winning the game but there was still plenty to be positive about.

Don’t think we really deserved the win, but on the basis that Brondby created nothing outside the OG you have to put that down as a missed opportunity

Some of these Twitter comments are wild. Yeah we never played well in the first half, but we created lots of chances throughout and controlled the game after we changed some players.

The down side to an invincible league campaign and a run to the last 16 of the Europa League last season means that a drop below those standards will instantly be criticised which, in itself, is a pointless exercise – there is a reason it was a record breaking year, they don’t come around often and shouldn’t be used as the marker to judge current form.