What are the words to the Rangers fans’ Fashion Sakala song? 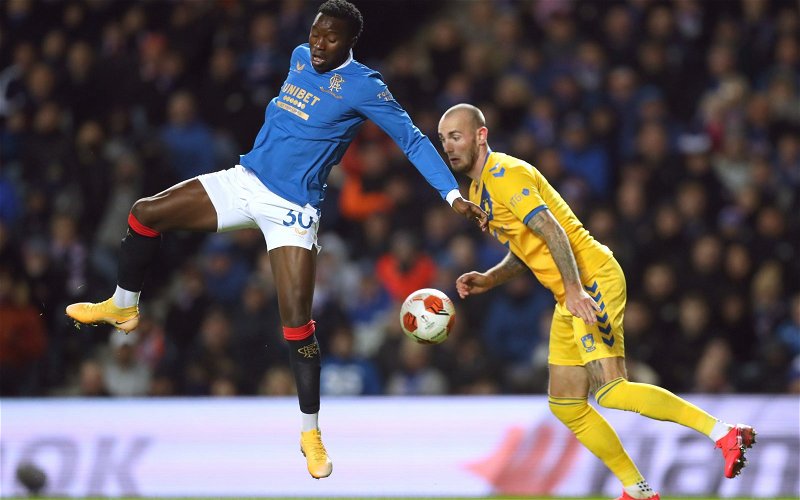 Well, one thing is for sure, we all know where he comes from.

That was the joyous line that rung around Fir Park yesterday afternoon as rampant Rangers destroyed Motherwell 6-1.

The 12th game of the Premiership season provided the breakthrough moment for Fashion Sakala or Fashion Jnr as he prefers his name on his shirt to read.

The diminutive Zambian took full advantage of the start handed to him by Steven Gerrard and now he has made a serious statement of intent, as well as evidencing his clear ability.

Now, on to the chant dedicated to the man signed from Oostende, last Summer.

Some canny supporters adapted the hit song by Shakira, ‘Waka, Waka’, the official song of the 201o World Cup in South Africa as it clearly fits.

The official track sampled ‘Zamina mina, (Zangalewa)’ by Golden Sounds which has Cameroonian origins and its lyrics are said to reference the aims and dedication of a soldier in battle.

Many Rangers fans are going to have a challenge getting their tongue around this one, but it’s all part of the fun.

“He comes from Zambia!”

🎶 He comes from Zambia.

After that great day in Motherwell yesterday, good luck on getting this song out of your head this week!