Gerrard to Aston Villa? Rangers fans brace themselves for what is to follow tomorrow 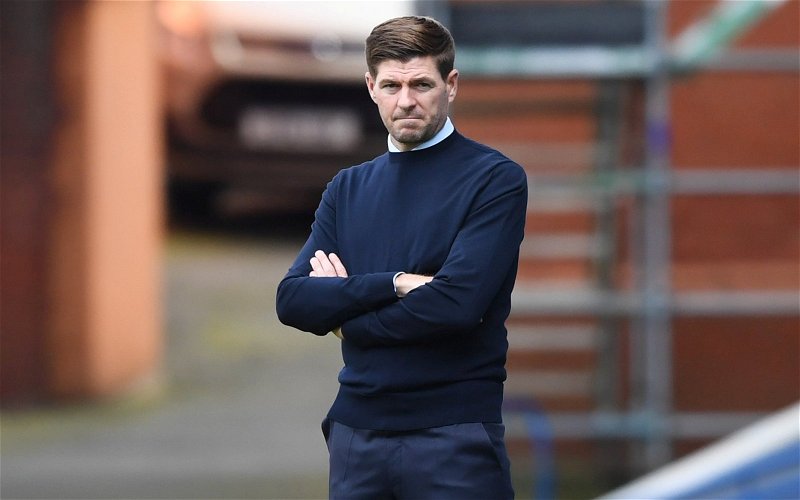 After a somewhat routine win over Ross County on Sunday, most Rangers fans had prepared themselves for the typical downtime of the international break ahead of a big week once domestic duties resume.

From Steven Gerrard’s perspective, he was fired up for the League Cup semi-final against Hibs to seal a final berth, to be followed by a crucial Europa League game to clinch qualification for the Last 32.

Now all of that could be about to change with rapidly growing speculation that Aston Villa are to make an official approach to Ibrox to take Gerrard to Birmingham and a return to the Premier League.

The feeling and noise is much different to the Newcastle speculation and with the Telegraph reporting that the current Gers boss is interested in the switch, something has to give.

Steven Gerrard is interested in being Aston Villa's next manager, with the ambitious Midlands club set to make an official approach to Rangers | @SamWallaceTel @JPercyTelegraph & @Matt_Law_DT https://t.co/wn1or0usR2

If nothing follows by the next couple of days, Rangers will be forced to make a statement of sorts, if there is no announcement on the potential move prior to that.

At that point, things would get really serious.

Would Gerrard really leave the club at this stage of the season with so much at stake for Rangers, at home and abroad? Does he feel he wouldn’t get another offer like Villa, through continued success in the near future with Rangers? Why now?

The questions exceed the answers by far but we are about to find out soon if this is for real. The Gerrard era at Ibrox has not yet been defined, with a legacy still to confirmed despite the historic  achievement that was the league title last season.

History will look kindly on that success regardless, but is it about to be tinged with disappointment?

Strap yourselves in for a bumpy ride ahead over the next couple of days.