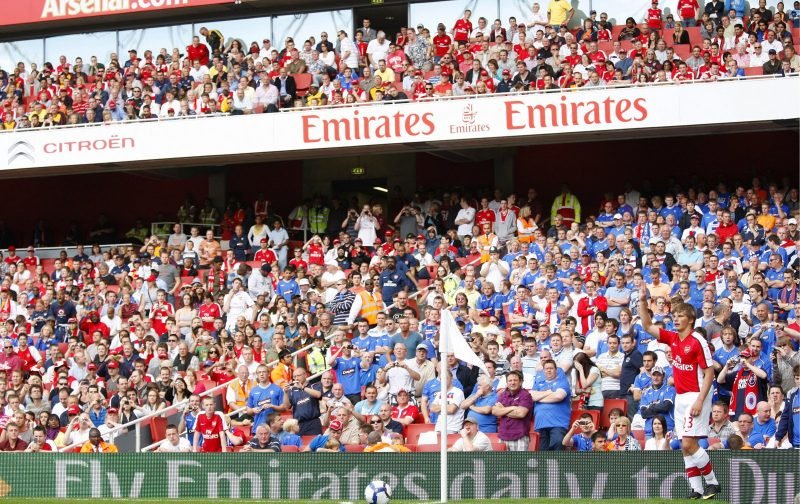 There may be no fans at The Emirates tonight, but this video from a few years ago is sure to put a smile on your face.

With Arsenal hosting Slavia Prague in tonight’s Europa League quarter-final first leg in north London, there will be more than a few cheering on the Gunners, led by former-Ger, Mikel Arteta.

Back in 2017, celebrity Bear, Grado had a great time down at Arsenal and he wasn’t shy in letting people know.

After the game, a 1-0 win over Leicester with an own-goal from Robert Huth, the boy from the ‘tap end o Stevenston’ bumped into Robbie from ArsenalFanTV for an interview that caught the imagination.

Grado and the Gooners doing the "Bouncy" on Arsenal Fan TV haha pic.twitter.com/F92mx5nyTY

“The pies have been hot, the beers have been cold and we won 1-0!” exclaimed a boisterous Grado to the delight of the gathered Gooners.

There will be plenty of well-wishes tonight from Glasgow and elsewhere from many in the Rangers camp.

The game kicks off at 8pm and is live on BT Sport.