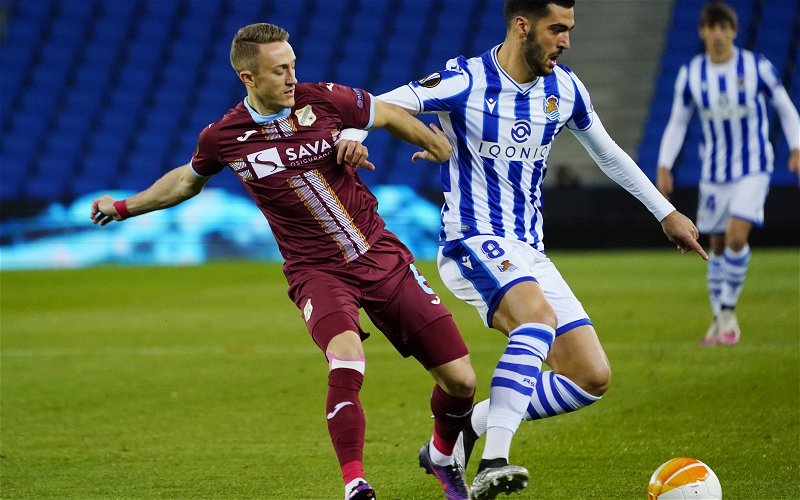 One of the latest transfer reports states that Rangers are in contention for 22-year old Croatian midfielder, Ivan Lepinjica.

It has been stated that Premier League Wolves are also tracking the powerful defensive midfielder, in a market that has had mixed fortunes for Rangers in recent years following the acquisitions of the likes of Borna Barisic, Niko Katic and Eros Grezda. Domestically, the Croatian top flight produces serious talent, but given the obvious parameters, it tends to be players of significant but unproven potential making the move to the Scottish Premiership.

In the case of Barisic, that turned out to be a quick deal in the aftermath of the Europa League clash against his then employers, Osijek in Steven Gerrard’s first season.

As for Lepinjica, Football Insider have stated:

“The Rijeka central midfielder, 22, is a hugely regarded talent in his homeland and has been the captain of Croatia Under-21s.”

“Rangers have also been tracking Lepinjica after first considering a move for him in the summer of 2021 but Wolves are planning to strike a deal this summer and that could blow the Glasgow giants out of the water.”

“There is believed to be a strong possibility that Lepinjica could be signed and then loaned out to another club, rather than back to Croatian outfit Rijeka.”

If such a move was desired by the Black Country club, Rangers would aim to offer the player an instant introduction to the first team and all that Ibrox has to offer – hopefully to include the endorsement of those famous Croats to have worn the blue shirt previously including national icons such as Dado Prso and Nikica Jelavic.

As stated above, Lepinjica has previously been linked with Ibrox, as featured by Vital Rangers when our man Gavin Kelly spoke to football scout and analyst Marc Lamberts who offered the following on the Rijeka man:

“Huge potential to me, rough around the edges. Lepinjica needs time to adjust really, but could with the right path, end up in a very good league.”