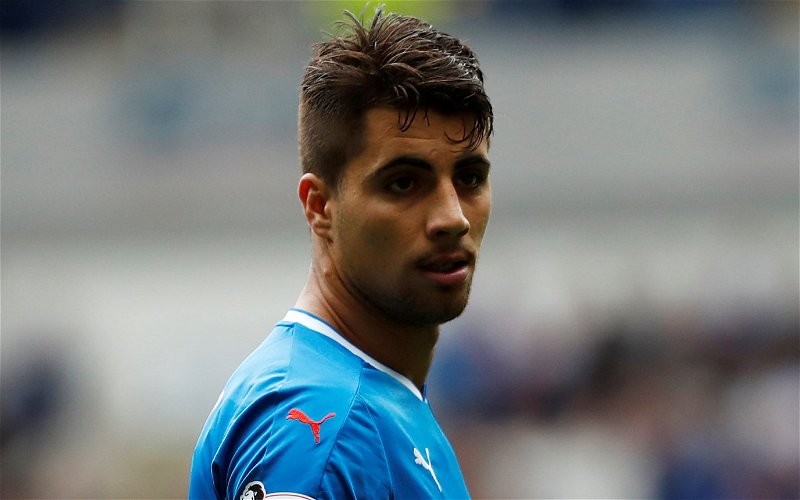 Sometimes a player can be at a club and it just isn’t a good fit, other times, it could be that a manager has taken a punt on a young player who has shown potential, a debate that was sparked this weekend when Fabio Cardoso lined up for Porto against Liverpool in the Champions League. to make his debut

Yes, the same Fabio Cardoso that couldn’t see off Progres Neiderkorn in the Europa League.

The Portuguese giants signed the centre-half from Santa Clara in the summer, a move that raised eyebrows amongst the Rangers support, perhaps we had been too quick to get rid of him or that his time in Scotland against more physical opponents had made him a more accomplished defender – well, apparently not.

Liverpool handed out something of a hiding, running away with a 5-1 win and a comfortable evening’s work, a night that Cardoso will want to forget in a hurry.

Gers fans took to Twitter on seeing their former player lining up on the biggest stage – shocking, in more ways than one:

This is what happens when you buy and play Fabio Cardoso in a champions league game https://t.co/7bvfJhg6xT

Fabio Cardoso not having tbe best of debuts tonight

Porto are gash! They’re playing like they have 50% of the Rob Kiernan/Fabio Cardoso partnership in their defence…

Fabio Cardoso starting for Porto against Liverpool is the most on brand 2021 thing ever.

Cardoso and Bruno Alves was supposed to be a master and apprentice defensive partnership which, on paper, seemed like a good idea at the time, obviously it never quite worked out like that and Steven Gerrard was quick to let them leave before a ball had been kicked – it would have been interesting seeing him with better players around him though but his inability to cope with the Scottish Premierships cloggers meant he was never going to be a realistic option.