Gers “have enquired” for services of 22 goal/10 assist striker 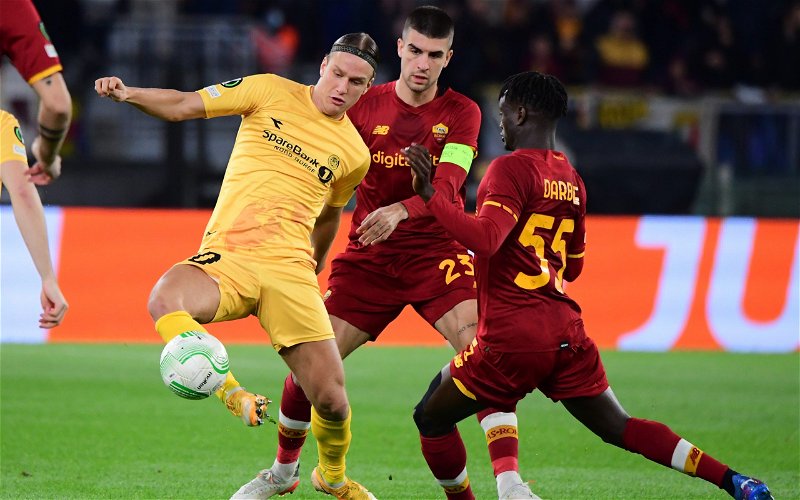 Rangers have enquired about the signing of Erik Botheim despite reports last week that we were not interested in a move for the, soon to be, free agent.

Botheim’s situation is a complicated one in that his contract with Krasnodar has been ripped up due to the conflict between Russia and Ukraine, having only just moved clubs in January, and a player of this quality available for free will not be short of offers.

For all that we might not have put a contract in front of the striker just yet, Jonas Adnan Glaever, a Norwegian journalist who has written for both Four Four Two and the Guardian, has claimed that we have, at least, picked up the phone:

“It’s true that Rangers at least have enquired about Erik Botheim. Remains to be seen whether that leads to an offer or not.”

Vital Rangers highlighted Botheim before the rumours emerged linking him to us so our opinion is pretty clear, if the player is remotely interested in signing for Giovanni van Bronckhorst then we should really push the boat out.

At 22-years old, and with 22 goals and 10 assists in 46 appearances for Bodo/Glimt before moving to Krasnodar, this is a great chance to sign a player who is only going to get better and his value only go in one direction. He has yet to be capped at senior level for Norway but is the captain of the Under-21s, a call up is only a matter of time.

Botheim could either do what Alfredo Morelos has done and score loads of goals on his way to becoming a fans favourite, or, he will make that much of an impression that we sell him at a massive profit – either way, I just can’t see a negative to this deal, if we want to make it happen that is.