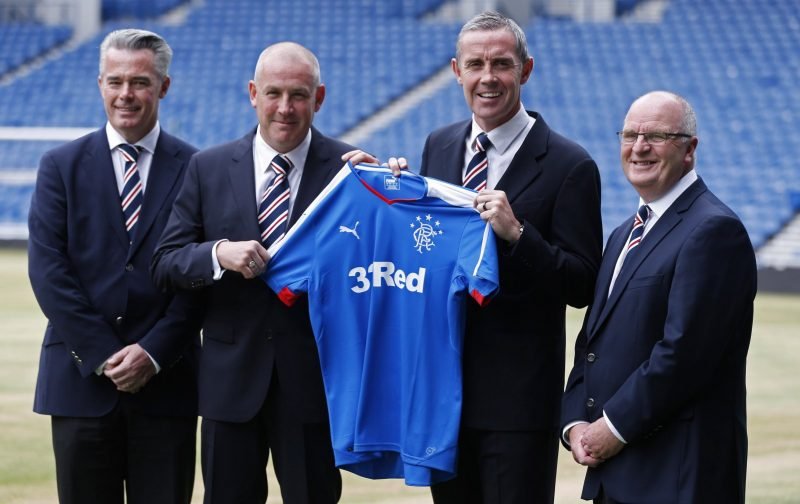 Former Rangers director John Gilligan reckons that Rangers can afford to offload two major players this Summer and still have room to spare in next season’s title race.

As one of the men who stood proud and tall with Dave King and Paul Murray on that momentous EGM day in 2015, Gilligan was a very happy supporter with the return of the Scottish title to Edmiston Drive on ‘Trophy Day’ last month.

He is aware that the success and upturn of Steven Gerrard’s player’s fortunes will have many interested parties knocking on the door, but he firmly believes that there is scope for business to be done, without upsetting the overall balance going into a crucial transfer window and the Champions League prospects that lie ahead.

“It is massive. Definitely. I think it will have a lot to do of how we hold the pool together.”

“I think if we get (acceptable) offers, a couple of players could go. But I think the squad is strong enough to be able to sell two players.”

“You forget that this year we have Ryan Jack, if he can get through a pre-season and get fit, we only had half a season from him.”

“If Katic can get fit, there is another player. Wright from Aberdeen, I think with a pre-season in him he could be a good player. We have Oforborh and Sakala coming in. We are OK.”

Gilligan is aware of the inside track up the stairs in the Ibrox given his time spent at the table, he then reflected on the wider financial implications in building the club back to this stage and the path set out by Dave King and fellow money men.

“I think to be fair to the directors and the investors that we have, it was always the model to get to the point where – If you look back at the first interviews that Dave King gave at the start, he said that we will lose money for three, four years, that it would take lots of money.”

“People dismissed it but he was right enough. He knew we would lose money and (along with) Douglas (Park) and George Taylor and George Letham that funded it, they knew they had to fund it properly with loans to shares.”

The player trading model is a ‘pillar of business’ that looks set to be tested in the weeks ahead, with Gerrard and Ross Wilson set to buy and sell for both the health of the club and improvements on the pitch.