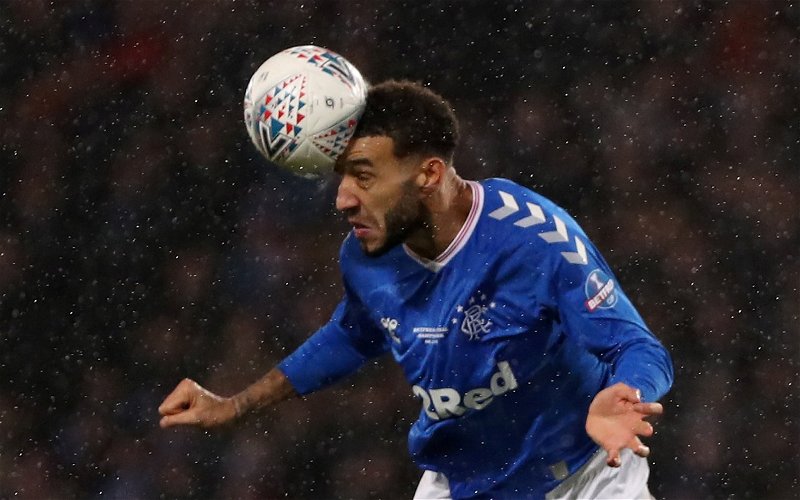 Rangers defensive record is well publicised this season and much of the success is down to the organisational skills of Connor Goldson, barking out orders from the heart of the rear guard on near constant basis.

Speaking on the Sky Sports Scottish Football podcast, former Ger, Kris Boyd, singled out the Englishman for praise after seeing a new side to him this season:

“I must say, it goes unnoticed a lot of the time.

“The one who, for me, has really impressed for Rangers this year and is making a big, big difference to the clean sheet thing is Connor Goldson.

“I don’t know if it’s because obviously the stadiums are empty but you can hear him organise and communicate.

“That’s maybe something we’d said before was lacking but not so much now.

“I know winning games of football breeds confidence but he wants to get on the ball, he wants to start things.

“You can hear him telling the guys to calm down as well and be composed on the ball.

“He’s very, very well-drilled on what Rangers are doing and he’s pivotal to how high they are to go and press.

“So he’s got a big influence even though he’s not the captain.”

If you have been watching Rangers games without the fake crowd noises you can hear Goldson almost commentating throughout the 90 minutes, the Rangers TV coverage, the Inside Ibrox or Away Days features in particular provides a clear example of what the vice-captain brings to the side.

If James Tavernier leads by example, Goldson is Steven Gerrard’s enforcer, making sure all the key plans are implemented to perfection. and with 17 wins and three draws in 20 fixtures so far this season, he is doing a pretty decent job of it so far.

There has been a lot of talk of interest from down south and the potential offer of a new contract in recent weeks, hopefully the latter puts an end to the former and Goldson steers us safely to title 55.