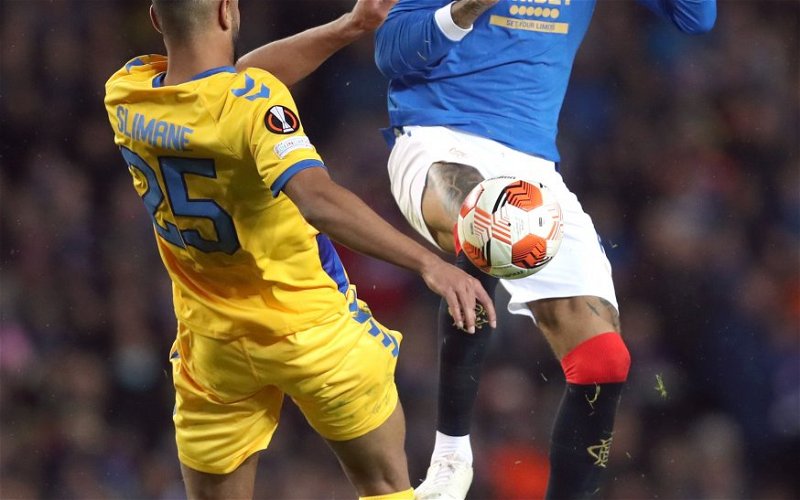 Ross Wilson announced at the club’s AGM this week that he was relaxed about the contract situation at Rangers and that they weren’t prepared to break the wage structure for anyone, now, it doesn’t take too much thought to jump to the conclusion that Connor Goldson was the target of this thinly veiled threat.

A successful player trading model will only work when we starting selling players for decent fees but as our sporting director has spoken about in the past, we can only sell players who attract offers and if the price is right, we, like every other club, will lose players for free – football has changed and it is very much the players that are in control.

It now looks as though the vice-captain will be leaving and Football Insider has gone as far as to claim that a contract offer has been rejected because he has his eyes elsewhere:

“The future of the centre-back, 28, is up in the air with his current agreement expiring at the end of the season. Ibrox sources have told Football Insider that Goldson has knocked back the club’s offer of an extension amid interest from south of the border.”

If he does leave then we have got our money’s worth out of him – especially if we retain the Scottish Premiership title.

His form hasn’t been great this season but, then again, he isn’t the only one who suffered a dip after last year, what didn’t;t help his cause was the interview after the league cup semi-final defeat to Hibs.

A goal-line clearance at Easter Road helped to repair some of the damage though and, if his mind is made up, he should now focus on the football and let his talking on the pitch do the work, after all, the better he plays, the better the clubs that will come in for him – we could yet see the benefits of him wanting to head back south.