Gerrard’s best signing – the greatest of all time 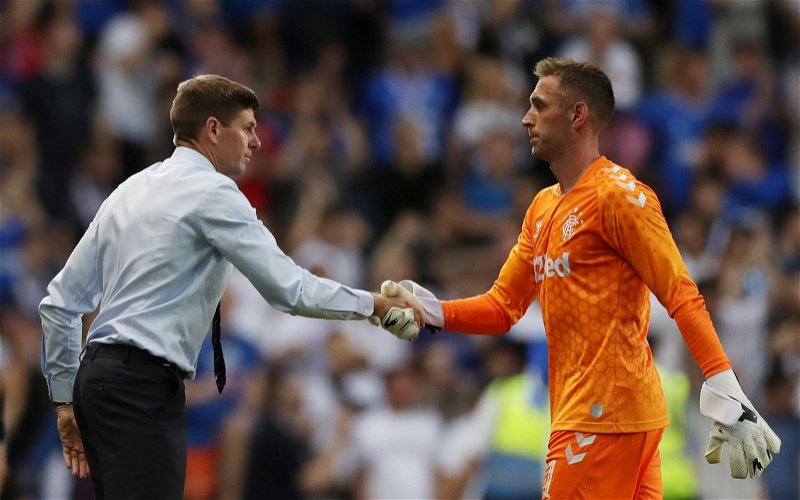 “Aye, but if it wasn’t for Allan McGregor….”

How many times have we heard that this season? Almost as if having a reliable goalkeeper that can win you games is cheating.

McGregor has just signed on to take his Rangers career up to his 40th birthday, Steven Gerrard’s number one – and arguably best signing – was once again imperious against Celtic after walking away with the sponsor’s man of the match and the Rangers TV man of the match, he just does what he has to do.

There has been debate this season about how close he is to Andy Goram in the all time stakes and after playing a key role in winning the title Vital Rangers suggests that his longevity could be the factor that edges it in favour or the current Gers stopper – game defining penalty saves all but confirm it.

He is showing absolutely no signs of stopping or slowing down, yes, he has never been great at coming for crosses or brilliant with his feet but he doesn’t need to be, he wins games for us.

At 2-0 there is always an element of doubt but when Bobby Madden gave Celtic a way back in, McGregor slammed the door firmly closed by adding yet another Old Firm penalty save to his ever expanding collection, Gerrard singing his praises once again on RTV:

“We love him, we just gave him a year but we should have given him ten years, he can have my job after it, he can have what he likes, we love him here!”