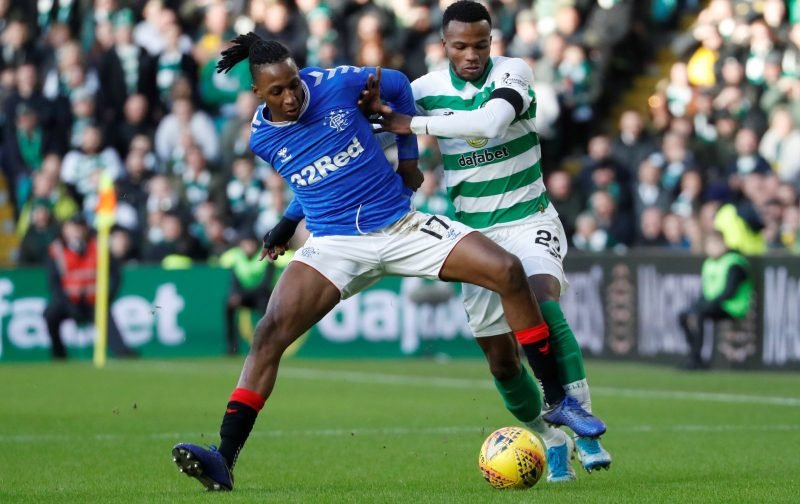 Celtic may be making a big deal out of a few of their squad players having to self isolate but one player who would have been starting against Rangers this weekend is Ryan Christie.

Alan Hutton, speaking to Football Insider, believes that the Scotland international will be a big miss for the Parkhead side, who is missing out due to being in close contact with Stuart Armstrong who tested positive.

When asked to reflect on the current situation facing Rangers Old Firm rivals, he said:

“You don’t want to see anybody out and not well, it’s a catch-22 a little bit. He’s a fantastic player, I think he brings so much to the Celtic team going forward, he’s that creative spark and he scores goals.

“For Neil Lennon it’s a massive worry, he’s got a few players now with the Covid-19 stuff, it’s not been ideal. Probably out of everybody it’s affecting Celtic more than Rangers with the situation at the moment.

“They’ve got a strong squad, it’s an opportunity for players to prove their worth on the big stage. They’ll have to step up, be counted and really do their best.”

Absolutely, Christie is one of Neil Lennon’s key men, the fact that he will do anything to shoe horn him into the side speaks volumes.

Who's the bigger threat?

Rangers fans shouldn’t get too excited though as Olivier Ntcham is a more than component stand in and has caused us problems on more than one occasion in the past.

Despite the media furore, they won’t actually be that much weaker when the two sides meet on Saturday, with home advantage almost negated, a repeat of last season’s win at Parkhead would be a great way to start the next block of fixtures.