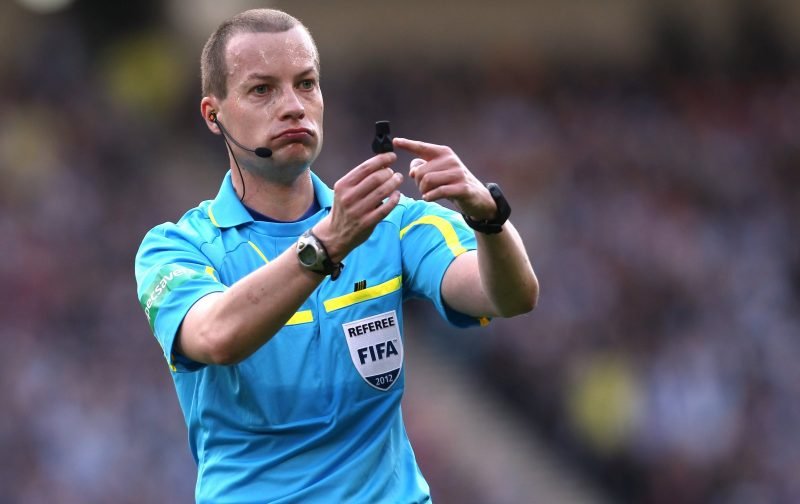 It’s always hard to remain impartial, especially for either side of the Old Firm, but for whatever reason, Celtic fans and officials alike find it impossible to accept that they haven’t been cheated.

Odsonne Edouard was booked for simulation in the first half after Borna Barisic had made a desperate attempt to tackle him just outside the six-yard box, that the striker chose to throw himself up in the air rather than stay on his feet for what looked like a certain goal, only he will know.

That John Kennedy and Scott Brown referred to the incident as being a “stonewall” penalty, as did Martin O’Neill, Paul Lambert and Gordon Strachan, says it all really despite clear video evidence that Edouard had attempted to con Willie Collum.

🤣Martin O’Neill, Kris Boyd & James McFadden try to come to an agreement over the incident which saw Odsonne Edouard booked for simulation… it didn’t go to plan!

The Celtic captain thought it was a stonewall penalty. What did you make of it? pic.twitter.com/WGFJhJtEwg

If that is what they have to cling onto – that the ref’s are against them – then all it does is distract them from their own failings, something we have taken advantage all season long.

Needless to say, Gers fans enjoyed the moon howling nonsense, taking to social media to rub it in just a little further and make it clear exactly what really happened.

He had another peach in the second half. Guy dives constant

He dived. Would’ve been a perfect 10 in olympics.

I’m surprised John Kennedy can stand upright. The weight of those blinkers and the chip on his shoulder must be some weight to carry.

Doesn’t take long does it for a rational human being to lose the plot once he takes the Celtic managers job. The Celtic striker dived, ridiculous to suggest otherwise.

Ref’s get absolutely battered in this country so for Collum to get a difficult decision spot on only to have it questioned, even though the footage backs up his call, says it all about the slant of the media coverage in this country.