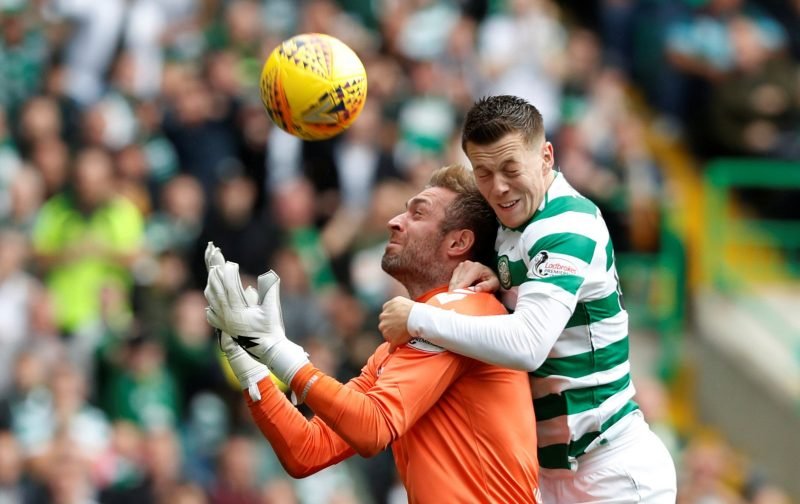 Even in the face of the most obvious defeat when a simple “they were the better team” or ” he’s an exprienced player, he should know better” was required, interim Celtic boss John Kennedy – and future director of football if reports are to be believed – incredibly blamed the one person who couldn’t be held responsible for the hiding his side had just received – referee Nick Walsh.

If we start from the premise that Scottish referees are part-time and therefore they will make some mistakes, then it becomes easier to analyse their performances, and on that basis Walsh had a good game, especially when you consider it was his first Old Firm.

He was consistent, allowed play to flow but also booked players who had infringed or attempted to stop play – it was a refreshing change, especially when you consider Stephen Welsh’s assault on Ryan Kent that went unpunished a few weeks back all because we scored from the advantage.

Callum McGregor had already committed two fouls that could easily have seen him see red before a late lunge on Glen Kamara in the first-half saw him walk, it was 100% a red card and one that Walsh could easily have stopped the game for but he didn’t and with the resulting advantage we opened the scoring – a great piece of refereeing topped off by rightly sending the Celtic midfielder off.

Not that Kennedy saw it that way, as reported by Four Four Two:

“I asked the referee for clarity at half-time on why he booked him for the first one. His words to me exactly were ‘it was a reckless challenge’. It wasn’t reckless, I’ve seen it. There was no malice, no intent in terms of any power behind the tackle.

“It was a big game for a young official who doesn’t have a lot of experience. He makes a very harsh call which costs us.

“It was a bit of what we have been (all season) again – but made all the harder because of the decision to send Callum off.

“I think it’s a bad decision. Not the second one because he’s on a yellow and makes a tackle on the ground.”

This seems to be Kennedy’s style, blame the ref, blame defeat on anyone except your and your team’s failings, zero humility, zero respect for officials – him and Celtic are the perfect match.