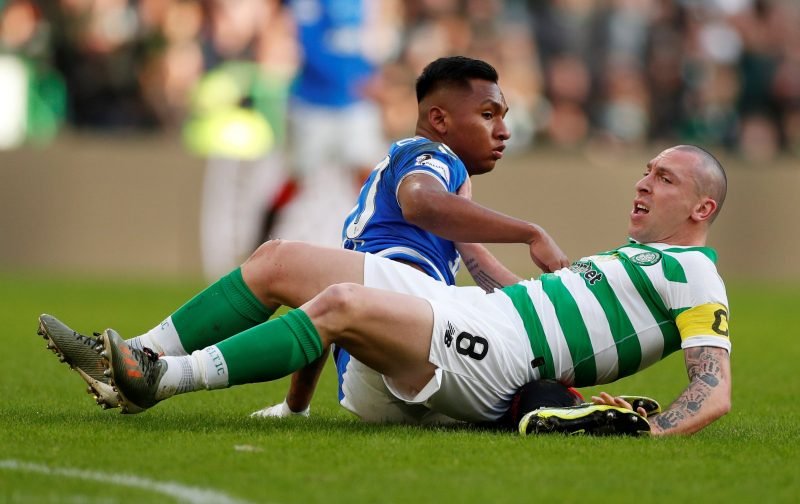 Honours even at Parkhead as Rangers extend their stunning unbeaten run in the league to 33 games with the focus now very much on the Scottish Cup.

In a low key derby, both sides had dominant spells of the game but neither were able to find the bit of quality needed to find the winning goal, Rangers best chances coming from set pieces and on the counter attack.

Celtic huffed and puffed, however, despite the conspiracy enabling claims of their interim manager and captain, Willie Collum actually had a decent game in the middle and can be applauded for getting all the major decisions correct – now there’s something I never thought I’d hear myself say.

The result, away from home and after a difficult last few days is more than acceptable, put it this way, you would never have known which side had been playing a tricky European tie in mid-week.

With 55 in the bag Gers fans took to Twitter to reflect on a comfortable afternoon’s viewing.

On balance a fair result, great saves from Mcgregor yet again. But the Champions remain unbeaten, and fantastic to see @OhElBuffalo break his duck against Celtic.🔴⚪🔵💙

Good result given the circumstances today. Proud of these players.

That could have been the game we won the league with, 1-1 would have done it, and Buff with the goal, it was all written in the stars 🤩 Sadly Celtic had other ideas, and got us partying a few weeks in advance 😂

Keeping the unbeaten run going is one thing but seeing Alfredo Morelos finally end his scoring duck against Celtic – despite it just being a draw – only adds further misery to their season, and further joy to ours.