“Cry some more”, “How can you see through tears?” – Gers fans in Bhoys blast as natural order restored 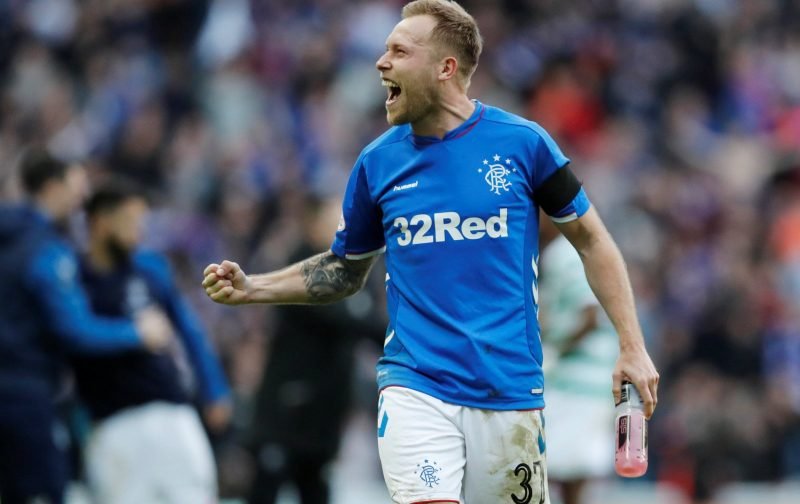 At our lowest ebb we could be honest about what our weaknesses were and how far in front of us Celtic had managed to get themselves under Brendan Rodgers, through gritted teeth, their unbeaten season a few years ago had to be respected.

However….now that the tables have turned, how has the dark side responded to Rangers becoming the dominant force once again and “natural order being restored“?

The Celtic Bhoys really are really struggling with it and have branded Steven Gerrard’s side as “not doing anything extraordinary” in a season that currently has them 21 points clear at the top of the league, unbeaten and having dropped points just twice.

Bearing in mind that in the last five Old Firm derbies Celtic have scored just twice and both of those should have been disallowed for offside and handball respectively.

Needless to say, Gers fans were all over the post on Twitter and treated it with the disdain in which it deserved:

🤣🙈 Not doing anything extraordinary?

23 unbeaten in the league, 21 of those wins. 6 goals conceded. Won both Old Firms so far. Not to mention doing all that whilst topping Europa League group and reaching last 32 for a second year running?

Lolz. Apart from the fact that our league stats this season are extraordinary.

Only dropped 2 more points than Rodgers team did at this stage in his first season. But aye that’s not extraordinary 😂😂😭🤦‍♂️

The irony in this tweet given all you success over the last 9 years has came under absolute zero pressure and zero competition.

How can you see looking through those tears?

If topping the league by 21 points in the middle of January, unbeaten in the league whilst conceding 6 and scoring 59, topping the European league and remaining unbeaten in that as well isn’t extraordinary then it’s pretty close. Do you find it too difficult to praise them a bit?

And when all is said and done, what it all boils down to is this…..