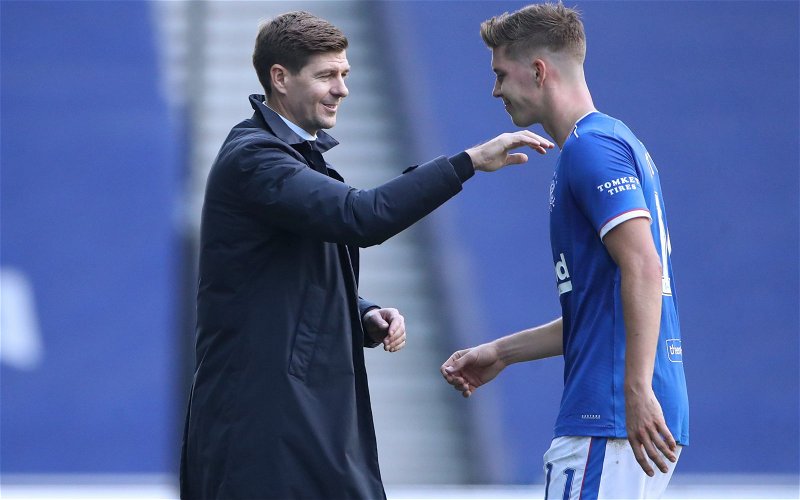 Cedric Itten may not be seen in a Rangers jersey for a while but fans are still keeping an eye on the Switzerland international as he continues his adventure in the Bundelsiga.

Greuther Furth might not be one of German football’s biggest teams and were never expected to get anything out of their game with Bayern Munich, however, it will have done the 24-year old’s confidence no harm at all to find the back of the net against a side expected to challenge for the Champions League this season.

Itten arrived at Ibrox with a reputation for being a goal scorer, a player who did his best work between the width of the posts and relied on service from team-mates, he rarely got the chance to play in his strongest position for Rangers but much of this was due to the players who were ahead of him in the queue – not to say that he didn’t contribute when he was asked to do a job from a wider position.

Gers fans took to social media in support of Itten after seeing him show exactly what he is capable of, if he is played in his right position and given the ammunition:

Goals against Bayern Munich since 2017

Wouldn’t have drawn last Sunday if he was here

Do we have a recall option ?

You just know that Itten would have scored against Motherwell last week given his record against them but whether or not h has a future at Rangers, if he is scoring goals in the Bundelisga, there will be someone willing to at least pay what we did if Furth decide not to take up their option to buy – he’s a good player but it’s maybe just a case of right club, wrong time.