Alfredo Morelos was always going to be at the centre of much of Rangers transfer speculation and, predictably, there are doubts starting to emerge over his future at Ibrox.

The 25-year old striker was integral to the title winning side and yet, after Fashion Sakala’s full debut against Real Madrid, there were murmurs around the support that we may have found a player who is not only capable of replacing the Colombian international but of making an even greater impact.

With Porto said to have made a bid this summer, former England striker, Kevin Phillips, believes that it could go down to the wire this year and that a deadline day departure wouldn’t surprise him, as reported by Football Insider:

“I just don’t see where that big bid is coming from. It could come on that last day from a foreign team.

“That’s when things get hectic and it really wouldn’t surprise me.

“We’ve seen it happen before but if he says he wants to stay, as a manager you have to respect that.

“I don’t know what he’s like but it seems as though he and Gerrard get on.

“What a boost it would be to have that scorer with you next season.”

It doesn’t help that we don’t know when Morelos is going to be available for selection again, he is back in the country at least but his isolation period will potentially take him past the Champions League qualifiers with Malmo or Helsinki. 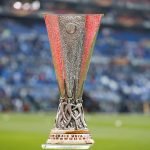 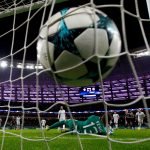 Even then, the good work done during the summer to maintain his sharpness on Copa America duty could be for nothing, delaying his return even further.

We are in a good position to sell Morelos if the magical figure is hit, the additions made last summer with Kemar Roofe and Cedric Itten and now Sakala should give us confidence that we no longer have to rely on the enigmatic El Bufalo, not that it would make it any sadder when he does eventually leave – whenever that may be.