Morelos fires back with post, but needs to silence critics on park 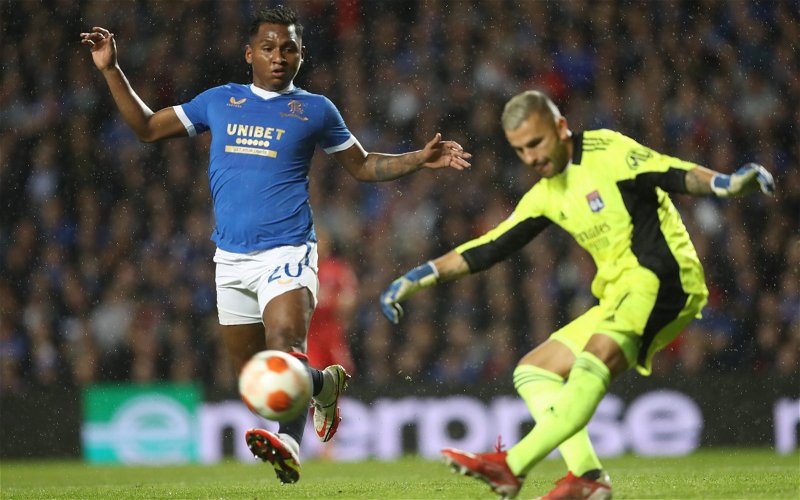 After having a stinker against Hearts, failing to finish any of the four decent chances that came his way – including one absolute sitter at 1-0 with not long left to go – you would think that El Bufalo would be keeping his head down and working hard to rediscover his goalscoring touch.

He might well be doing that with Jermain Defoe advising him, however, when he is already in the bad books of the Rangers support, the last thing he needed to do was draw further attention to himself, and what is the go to sign language of a footballer under fire? Yep, he’s posted a picture of him “shhhhing” the crowd.

Mustve been the fans that missed from 6yards out on Saturday pic.twitter.com/mXxAqX6Yk1

You would like to think that it is his regular detractors in the press he is having a go at rather than the fans, but it isn’t a great look, especially when you consider he has just two goals in eight league games at one every 298 minutes, the criticism – in terms of his goal scoring – is deserved.

Surely the best way to answer the critics would be to score the winner against Brondby on Thursday and go on a run of goals similar to one we have seen from him in the past and that we know he is capable of? As Steven Gerrard said, he is getting into some great positions, it’s just his aim that is off – that his two best chances against Hearts didn’t even hit the target tells it’s own story.

Morelos has never been a player to hide his emotions, his apology to fans after missing a penalty against Celtic in 2019 sums up his character, all he wants to do is score goals and repay the faith that the manager and the fans have shown in him – let’s hope he responds in his usual manner and that the next picture he posts is of one of his famous knee slide celebrations, let the football do the talking Alfredo.