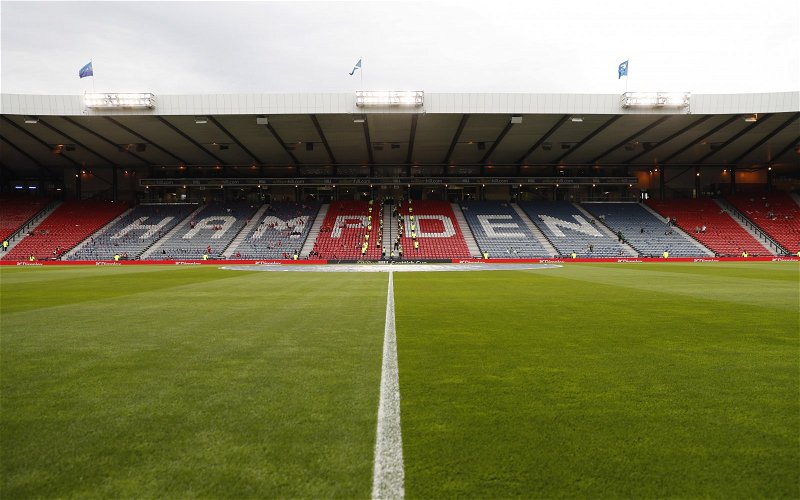 That is because of the Covid outbreak that has engulfed the Hibs camp, leading to their next two fixtures being postponed and therefore the next competitive fixture that they play will be at Hampden against Steven Gerrard’s Rangers.

The international break will come at the right time for Jack Ross’ side as they will be able to regroup and recover but by the time the semi-final clash comes around, it will have been over three weeks since they last played.

As a consequence, they might look to get a friendly arranged during the international break but how much that will help remains to be seen.

Rangers will be hoping to take the momentum from Sunday’s excellent win at Motherwell into two further important games this week against Brondby and Ross County – who were due to play Hibs tomorrow night – but the Scottish champions will also have the international break to contend with, before domestic duties resume with the League Cup.

A statement from Hibs included:

“The games, which were due to take place on Wednesday 3 November and Saturday 6 November respectively, have now been postponed following discussions with the SPFL, NHS Lothian, and the clubs.”

“This decision was made after a significant number of first team players, staff, and development squad players tested positive over the last few days. By following all the guidelines, we wouldn’t be able to field a team for either game, which has led us to no other alternative than to postpone the fixtures.”

There is no substitute for match sharpness and Hibs won’t have that for the next few weeks, but ultimately Rangers can’t take the opposition for granted as the team aims to get back to a domestic final for the first time since December 2019.

On that occasion, Celtic prospered from a goal that should not have have stood as well as an inspired Fraser Forster performance in a 1-0 victory.

Now at the seventh attempt of the Gerrard reign, a domestic trophy is high up on the list of priorities at Ibrox.