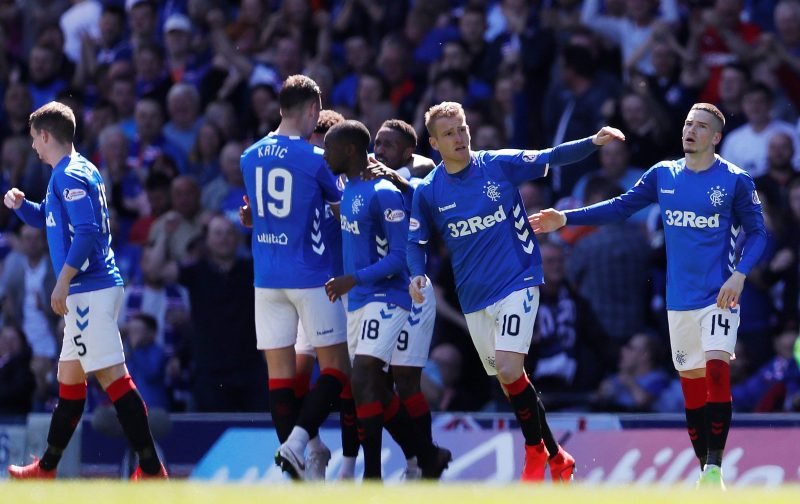 BT Sport pundit Chris Sutton could barely bring himself to congratulate Rangers for our impressive derby victory over Celtic on Sunday, writing in his weekly Daily Record column.

Steven Gerrard’s side dominated the 90 minutes against Sutton’s former club at Ibrox, winning 2-0 and reminding everyone we’re a lot closer to the Hoops than many people think.

Sutton though dished out his usual digs, believing that the result means nothing in terms of our chances of competing next season.

Writing in the Record, the former striker said:

Celtic played as though this game was meaningless, because that’s exactly what it was.

Fair play to Rangers. They were at it all afternoon, it was an impressive performance and I’m sure they enjoyed it.

No doubt there will be a DVD of the game out by the end of the week. But let’s face it, the pressure was off and that is when this Rangers team turns up. It’s too little, too late.

If I was Steven Gerrard I’d be pulling my hair out and wondering where this team was when he needed them back in January and February. If they had got going earlier we might even have had a title race rather than an average Celtic team being allowed a procession.

They have missed a trick this term. It’s all very well lapping up an Old Firm win but they could have done with this form when it mattered. There’s been a lot of talk about this win being a marker for next season. Nonsense. Yesterday won’t matter a jot come August.

I have a feeling things might be a lot trickier for Celtic next season than Sutton expects.

It’s true they will try to strengthen again this summer but their last few transfer windows haven’t been very successful and we’re already getting some smart business done early.

Celtic could win a clean sweep of trophies this season, there’s no getting away from that nor the fact that for portions of this term we haven’t been good enough.

However, pay no mind to the bluster as cages are clearly rattled at Celtic Park, with supporters and Hoops minded pundits definitely looking over their shoulder a bit in the wake of Sunday’s win.

It’s up to us now to build on that.