Prepare the engraver, Gers have head start for 56 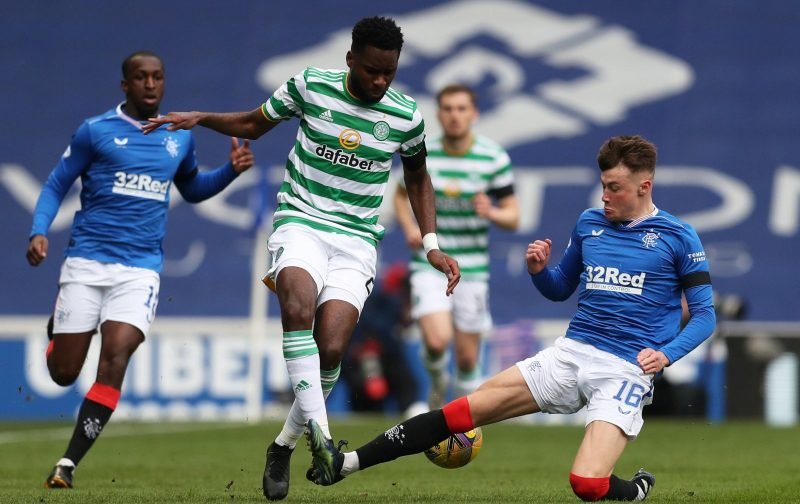 It’s always hard to judge where teams are in pre-season, especially so in Scotland when trying to compare where Rangers are to those across the city.

The other issue is that the players Celtic have signed are almost completely unknown to us in Scotland having arrived from Japan, Israel and Russia respectively, the question is, are they better than what they already have?

In attack, Celtic only really needed to replace Mohamed Elyounoussi, Odsonne Edouard still being held prisoner against his will and he remains their biggest threat – the one player who can do something from nothing and, if we are being honest, the one player that they have that we genuinely fear – when he can be bothered.

Kyogo Furuhashi does have a good reputation, but it is in Japan, and at 26-years old it’s a surprise that he hasn’t already been picked up by a European club, early reports liken him to Ryan Kent in some of his attributes but the difference is that the Gers forward has been brought up with the pace and physicality of the British game.

He’ll be a good addition but better than Elyounoussi, James Forest or Ryan Christie? I don’t think so. Israeli winger Liel Abada also falls into this category, he’s a promising player but then again, so was Marian Shved and Patryk Klimala, or so we were told anyway.

The biggest area that they need to improve in is defensively and yet, there have been no new full-backs added with Osaze Urhoghide from Sheffield Wednesday and Carl Starfelt from Ruben Kazan signed to replace Kris Ajer, who looks to be on his way out, again, neither of them are better than the Norwegian international.

Celtic needed to add players to the ones that they already had and fill gaps left by loan signings that have left, their back four against Preston – they lost 1-0 at Parkhead – was Greg Taylor, Anthony Ralston, Stephen Welsh and Urhoghide, to put this into perspective, our back-up defence is better than this and our reserve keeper walks into their starting XI.

It’s a bit early to start engraving the Premiership trophy again but when you consider the two players we have signed walk into their team and improve our squad even further, the gap isn’t going to be closing any time soon.